Use a Jet Ski Bill of Sale form when determining the selling and acquiring guidelines of a personal watercraft (PWC). To properly identify the machine, write down all details pertaining to its condition and description in the document. Other declarations, like payment details and personal information of both parties, should also be a part of the template. Since a bill of sale authorizes that an individual owns an item, it is critical to be as clear-cut and honest as possible when filling it out. In some states, the document holds legal power on its own; however, others require notarization. Refer to state laws to determine whether or not the form needs to be signed in front of a notary public.

Considerations When Selling A Jet Ski

Time of Year and Location

Selling a jet ski at the right time can have an impact on both the buyer’s interest and the overall profit. Location plays a role, as well. For example, in areas where it is warm year-round, the selling time may not make as big of a difference. However, in areas where it snows, it may not be as realistic to sell in winter with less demand. Granted, this does not mean it won’t sell in winter, it is just not as likely.

To avoid selling at the wrong time, research the location and consider when others will be most and least interested in buying. As a general rule of thumb, it is least profitable to advertise the jet ski during the colder months or just after peak season.

Generally, the asking price of a standard used jet ski varies anywhere from $5,000 to $20,000, although some may go for more or less. Especially if a seller has a vintage model, they can make even more money. Staying on top of trends and demands can make all the difference in selling price since value tends to fluctuate year-to-year.

A proper maintenance plan can have a large impact on long-term quality and desirability when selling later on. To take proper care of the jet ski, avoid letting it sit in the water or exposing it to humid air. Regularly clean it and turn it on to ensure that it remains in good shape. Storing, especially when not being used, can help to protect and preserve it.

If you are a current jet ski owner and you’re looking to trade in or buy a new one, you will want to use a bill of sale to confirm that the transaction occurred.

Where to Sell a Jet Ski

Before selling, take measures to clean the jet ski. This could mean taking it to a detailer or using cleaner at home to rid rust, mildew, or dirt. The primary goal is to make it look at its best before the sale.

A seller’s availability and expertise typically determine whether they sell their jet ski privately or through a dealer. During a private sale, many choose apps and websites to advertise their equipment. With this approach, remain vigilant and cautious to prevent being scammed online.

Putting more effort into a listing can have a large effect on the outcome. Detailed advertisements with quality photos tend to attract the most buyers, and with more shoppers comes the greater potential for a higher profit.

On the other hand, dealers can also be a great routine to take, especially in the case of limited time and resources. An important takeaway from that option is that dealers will likely take a bigger chunk of the dividend since they are doing the upkeep and leg work. 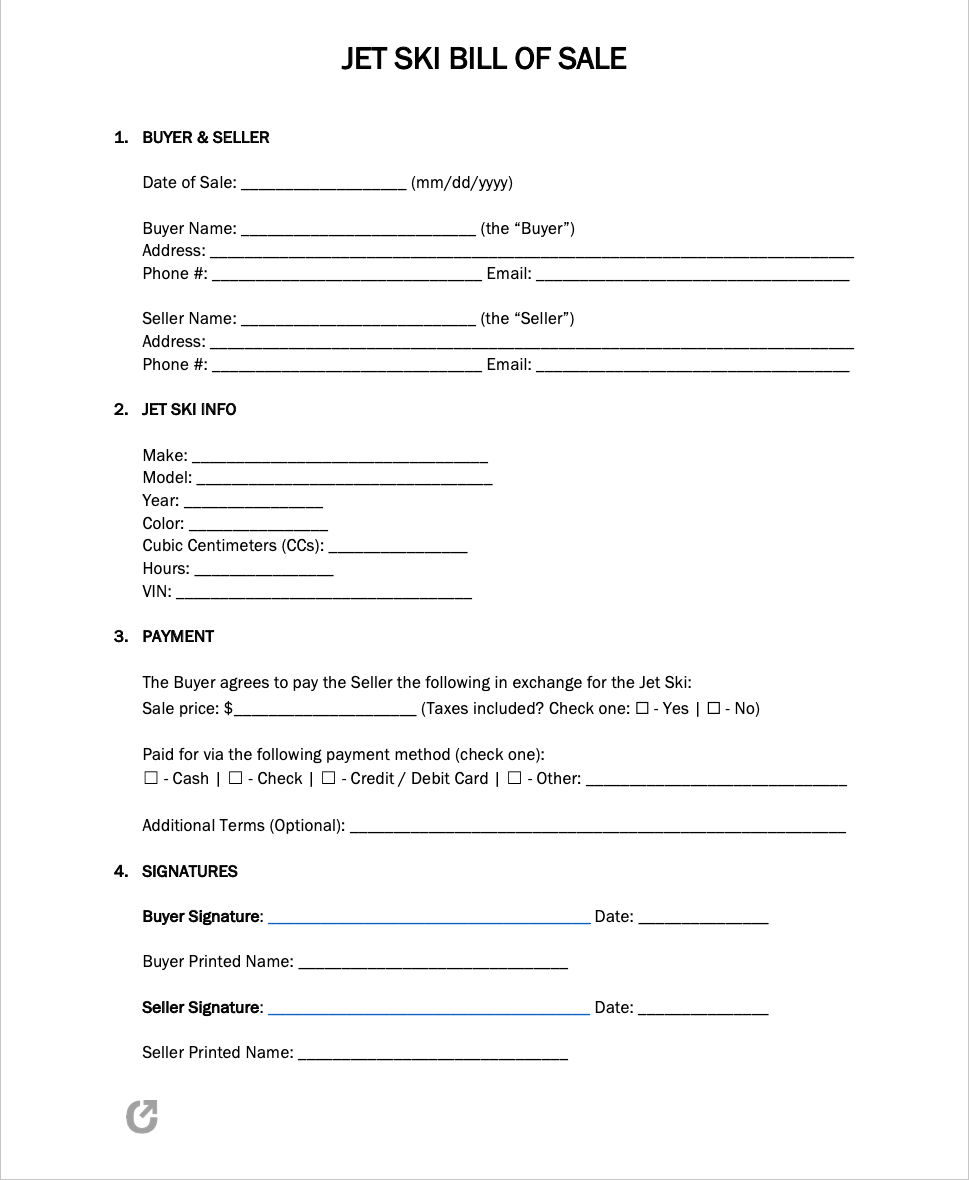 No rating yet
SAVE PDF WORD RTF EXPORT