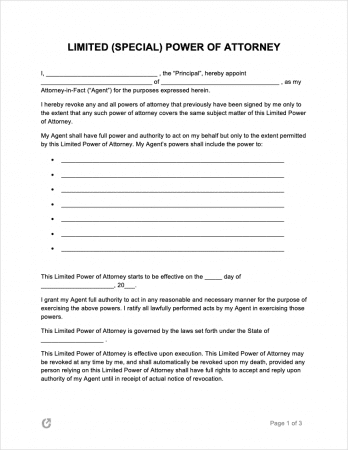 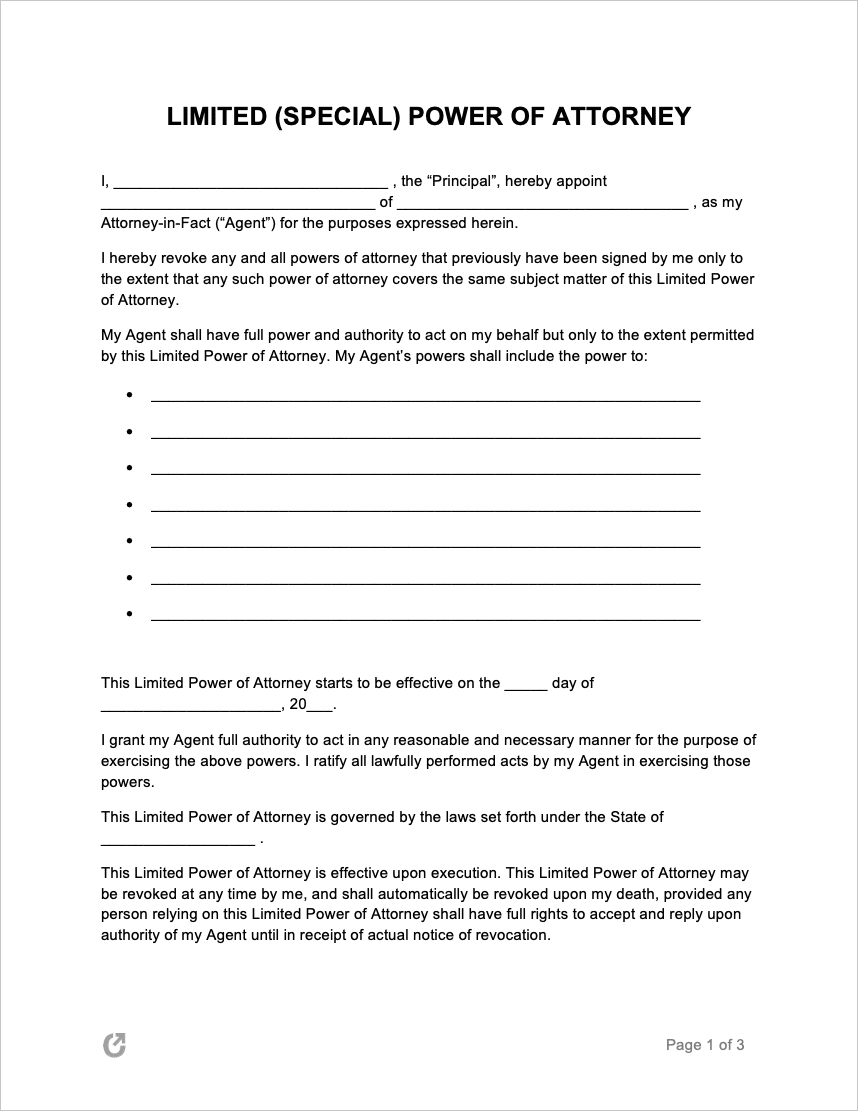 Once the agent finishes their duties or the contract has reached its expiration, the LPOA will no longer be considered valid. Alternatively, the principal can terminate the agreement through the use of a POA revocation.

What is a Limited Power of Attorney Form?

A limited power of attorney form gives a person (the principal) the ability to provide a person they trust (their agent) with the ability to carry out tasks they would otherwise need to be present for. Common tasks assigned to an agent include:

The principal’s agent, also known as their “Attorney-in-Fact”, is the person that will be carrying out the task(s) as written in the form. The agent can be anyone trusted by the principal, with common choices being a family member, a close friend, or a professional such as a lawyer. The principal should start by making a list of those they’d wish to act as their agent. Then, they should contact each potential agent to see if they are willing and able to carry out the task(s) required of them.

Step 2 – Fill out the Limited Power of Attorney Form

Following the selection of the agent, the principal will need to download and fill out the LPOA. Apart from writing down the name and address of the principal and agent, the principal will need to describe each duty/responsibility the agent will have in detail. The principal should lean towards including more detail, rather than too little. This is because a broad form can be interpreted in many ways, potentially allowing the agent to abuse their power. Being too descriptive, on the other hand, can result in the agent not having enough lee-way to fully complete their task.

Each state has its own signing requirements. Some states require notarization and/or the presence of witnesses, while other states do not have any mandatory requirements. Regardless of each state’s laws, so long they record their signature in the presence of two (2) witnesses and a Notary Public, their LPOA will be universally accepted.

The principal will need to hand-delver or send the LPOA to their agent and any other entities that will be involved (e.g., a bank). Once the agent has the signed LPOA, they will have permission to complete the task(s) as written on the contract. Once all duties have been completed, the LPOA will automatically terminate.

The primary way an LPOA can be revoked is by the principal signing a revocation of power of attorney. This form makes a legally binding record of the principal’s intent to revoke the LPOA. Depending on the state the principal lives in, they may need to have the document signed in the presence of witnesses and/or a notary public.

Revocation of Power of Attorney

While not recommended, some states give the option of destroying it by tearing it up or burning it. If this route is taken, all copies of the document will need to be destroyed. The reason this is not recommended is that it is substantially harder to prove the revocation ever took place, which would pose a problem in the event a dispute occurs regarding the LPOA.

The following are frequently asked questions regarding limited power of attorney forms:

When does a power of attorney terminate?

An LPOA will terminate if:

Does a limited POA have to be notarized?

Only certain states impose mandatory requirements for a Limited Power of Attorney to be notarized. However, it is highly recommended that the Principal have the POA notarized regardless of state laws to ensure the form is accepted by financial institutions and other parties. 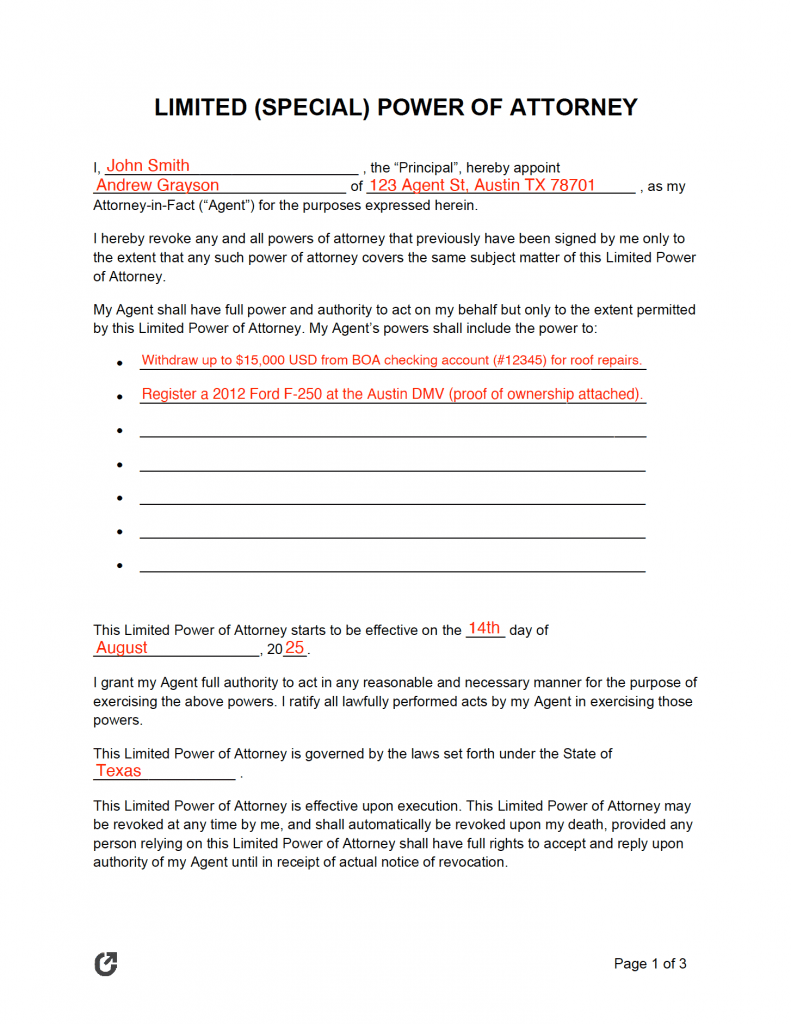