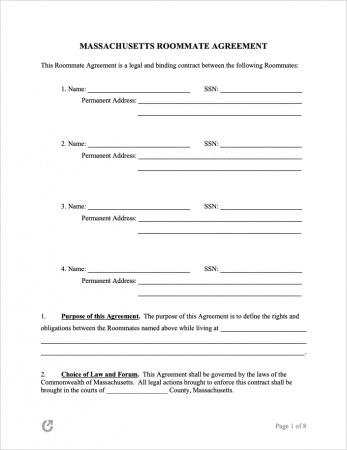 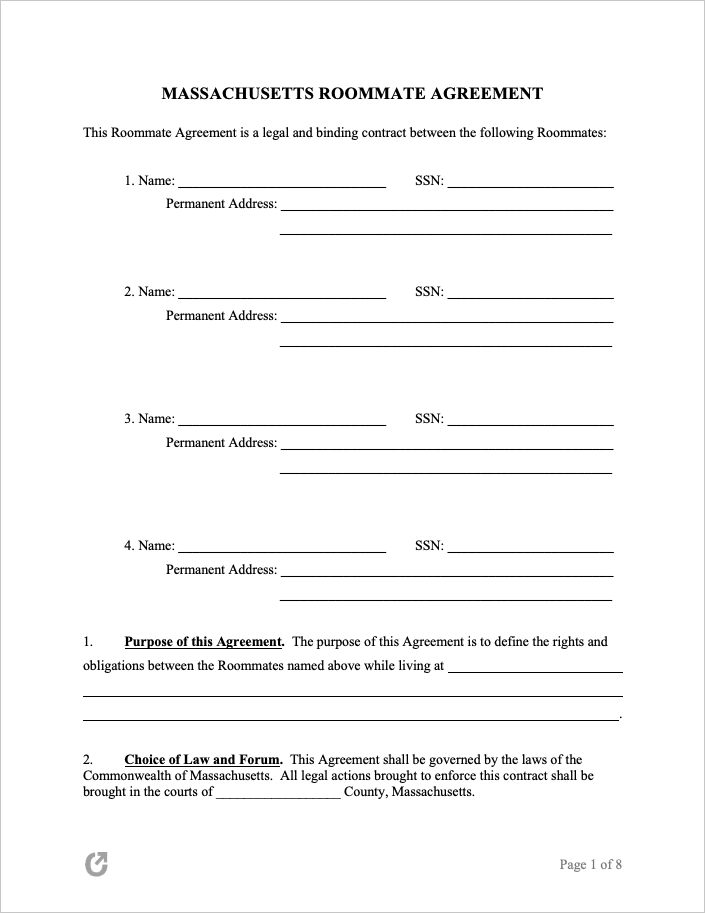 The Massachusetts Roommate Agreement is a document completed by two (2) or more tenants sharing the same apartment, room, or home, that outlines both the rental rules and expectations of the roommates. Topics included in the contract include quiet time, assurance that their belongings will not be touched, and rental-wide rules regarding drug use. Day-to-day expectations can include taking out the trash, cleaning the rental, paying the landlord, or covering the utility bill(s).

It should be noted that roommate agreements are completely separate contracts in comparison to leases, which are signed with the landlord. Because of this, the roommate’s landlord does not need to know of the agreement formed, as it is only used for coming to terms on subjects that exist between the roommates themselves. Having said, the form is still legally binding if the roommates use it to agree on things such as rent amount. On the other hand, if the form is only used for creating a cleaning schedule, the form is not legally bargaining, because someone not cleaning the dishes doesn’t result in a financial loss.

Before a roommate signs a contract with one or more of their fellow co-habitants, they should understand their rights as a tenant under Massachusetts law. The Massachusetts Office of Consumer Affairs & Business Regulation created a guide called “tenant rights and responsibilities,” that overviews what a tenant can and can’t do while bound to a rental agreement. This can provide especially useful in drafting a contract among roommates, as a term cannot be included in the agreement if it conflicts with any of the rights included in the guide.