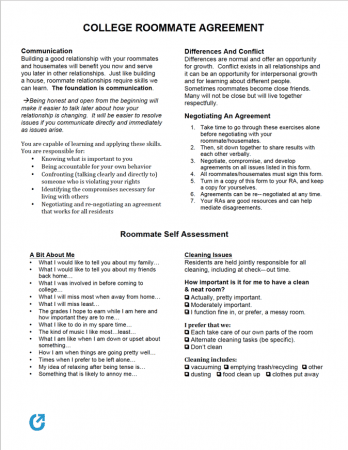 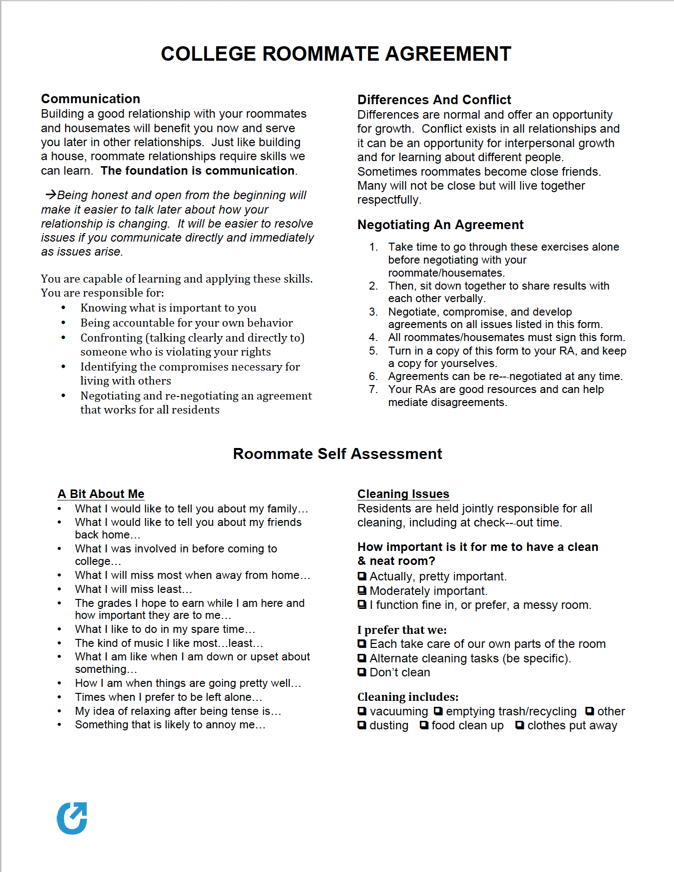 A college roommate agreement is a document designed to establish a set of rules among roommates living in a college dorm or nearby apartment. Non-binding in nature, the form contains a set of fields that establishes expectations regarding lights-out times, guests, cleaning, substances (drugs, alcohol, etc), belongings, utilities (if relevant), and many other areas that can lead to disagreements if not discussed early on. Commonly, the simple act of just filling out the form and discussing the contract as a whole is enough to provide that everyone is on the same page throughout the semester or year.

What is a College Roommate Agreement? 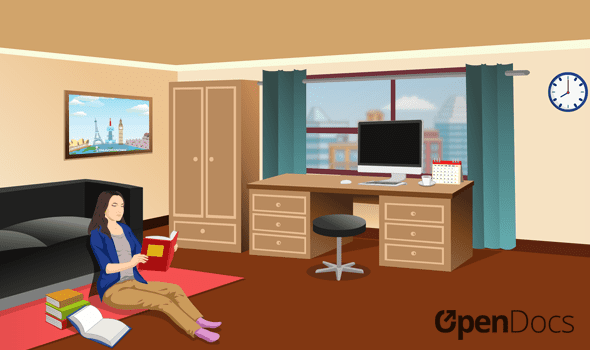 A college roommate agreement is a non-binding document used to keep the students sharing a college dorm or apartment on the same page for the duration of their time living together. It is recommended that the form be completed in the presence of all roommates to ensure everyone has a fair chance to voice their opinions about the rules that are set with the form. Once completed, the students will record each of their signatures onto the document and keep it in a place that is readily accessible in case a dispute were to arise.

The following are commonly asked questions regarding college housing:

Can you choose your roommate in college?

The short answer – it depends. Depending on the college or university, housing policy may permit students to write their “preferred roommate” on the incoming student housing form. The key is that both roommates must include each other on their form. For example, if Sally wanted to room with her best friend Kelly, Sally would have to write “Kelly [Last Name]” on their individual form, and Kelly would have to do the same for Sally. Additionally, the majority of schools have a policy in which they will “try” with their best efforts to fulfill roommate requests but do not make any guarantees.

What should I look for in a roommate?

What one person finds desirable in a roommate may be the complete opposite for another student. Nonetheless, the following qualities are likely to improve the chances of having a positive experience with one (1) or more university roommates for the time spent living together:

However useful lists might be, the best of roommates won’t have to take a spreadsheet and cross of on compatibilities – they’ll just know the other person is a great match.

Can you have an opposite-gendered roommate?

This is dependent on the policies laid out by each college and university. Having said, the majority of colleges strictly forbid having mix-gendered living situations. This doesn’t apply to neighbors in the same hall, but the dorm rooms themselves. College apartments, on the other hand, do not typically prohibit opposite genders sharing the same rental.