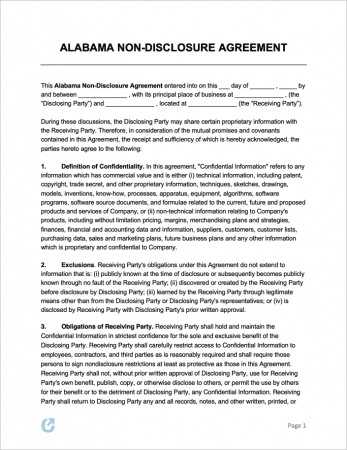 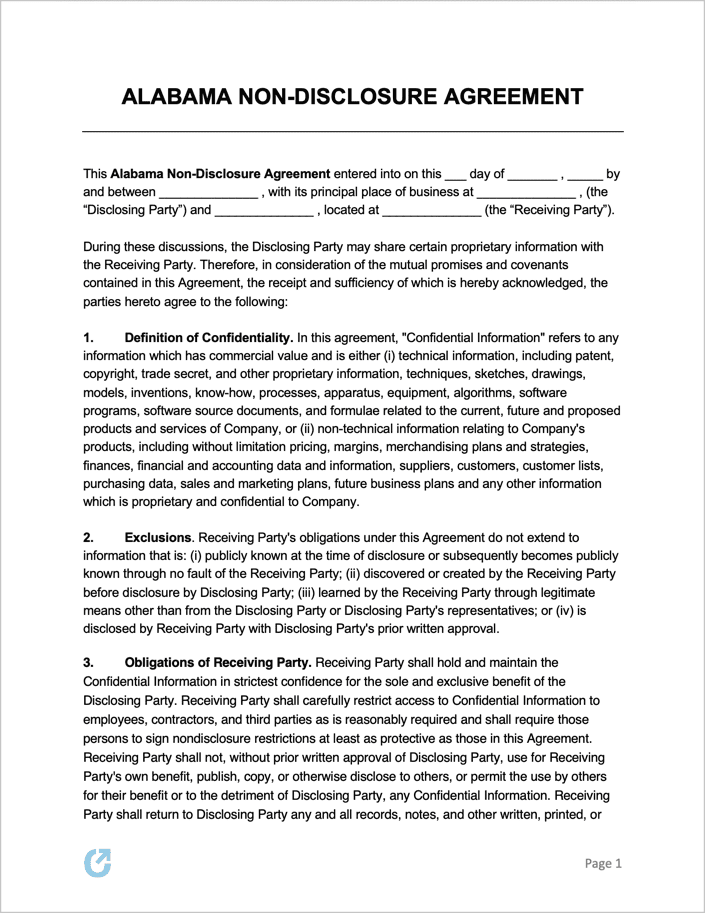 An Alabama non-disclosure agreement (NDA) is a contract that imposes a legal requirement on an individual to keep a company’s confidential information to themselves. The document is frequently used in situations involving potential mergers. It is also useful in cases where a company will be exposing information that could be damaging if put in the wrong hands. If a breach of contract occurs, an NDA allows the company to take one of several legal actions, with the most popular being to sue for reparation (damages).