Download the Arizona Non-Disclosure Agreement (NDA), the official legal contract for keeping confidential information safe. Commonly used by Arizona-based companies, the form requires the person or company that signs it to refrain from sharing or using the information learned from the other party.

The Uniform Trade Secrets Act, published in 1979, was a law designed to make Trade Secret Laws more uniform between the states. Arizona’s take on the law (called the “Arizona Uniform Trade Secrets Act,”) varies slightly from the universal version. The act addresses a number of fundamental matters related to trade secret laws in the state, from what information is defined as a trade secret, to what damages may be sought if the agreement is breached.

Statute of Limitations (§ 44-406): Starting from the date misappropriation (stolen secrets) was discovered (or after discovery should have been made), victims have three (3) years to bring a case.

According to § 44-401, Arizona states a trade secret as the following:

“[A] means [of] information, including a formula, pattern, compilation, program, device, method, technique or process, that both:

(a) Derives independent economic value, actual or potential, from not being generally known to, and not being readily ascertainable by proper means by, other persons who can obtain economic value from its disclosure or use.

(b) Is the subject of efforts that are reasonable under the circumstances to maintain its secrecy.” 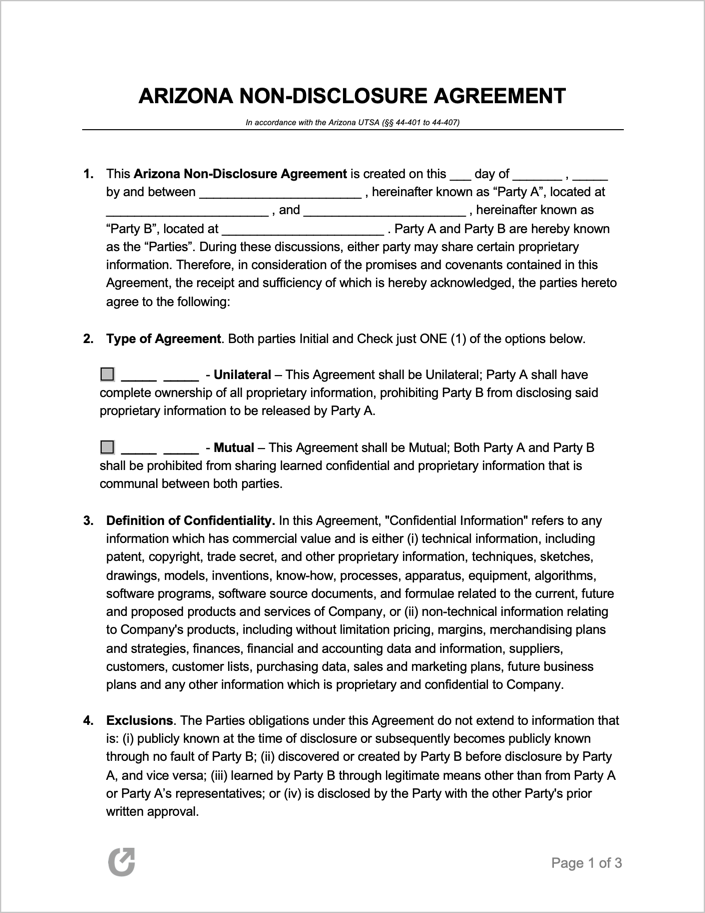