The Connecticut Non-Disclosure Agreement “confidentiality agreement” is a contract used when an individual will be learning one or more trade secret(s) regarding another party, and the party sharing the information wants to prevent the information from being released to anyone else. Creating and signing an NDA not only outlines the information that can’t be exposed—it also clarifies what the other party is allowed to disclose. By clarifying precisely what may or may not be shared with other parties, this contract reduces confusion among both parties and ensures the contract holds itself in court. Below is an outline for Connecticut’s Trade Secret Law (Chapter 625) as well as a how-to for completing the agreement.

Similar to most states, Connecticut’s Uniform Trade Secrets Act.pdf (UTSA) covers the specifics of how stolen trade secrets are handled by CT’s courts. The state has slightly modified the provisions of the act in comparison to the federal version, meaning the state-specific version of the act should be referenced instead of the central one. The nine (9) sections included in the act have been highlighted below: 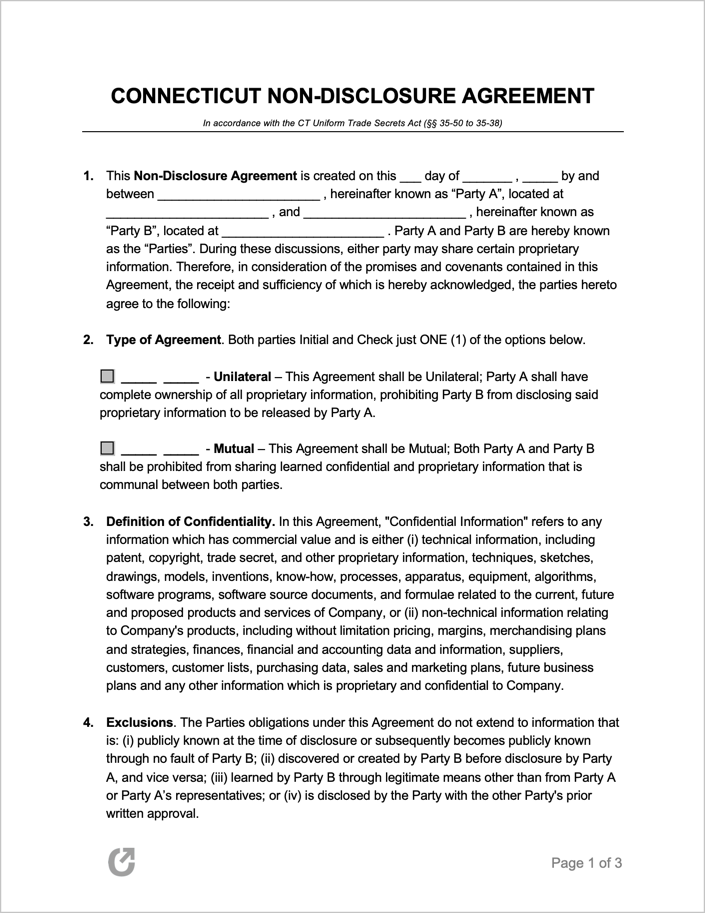