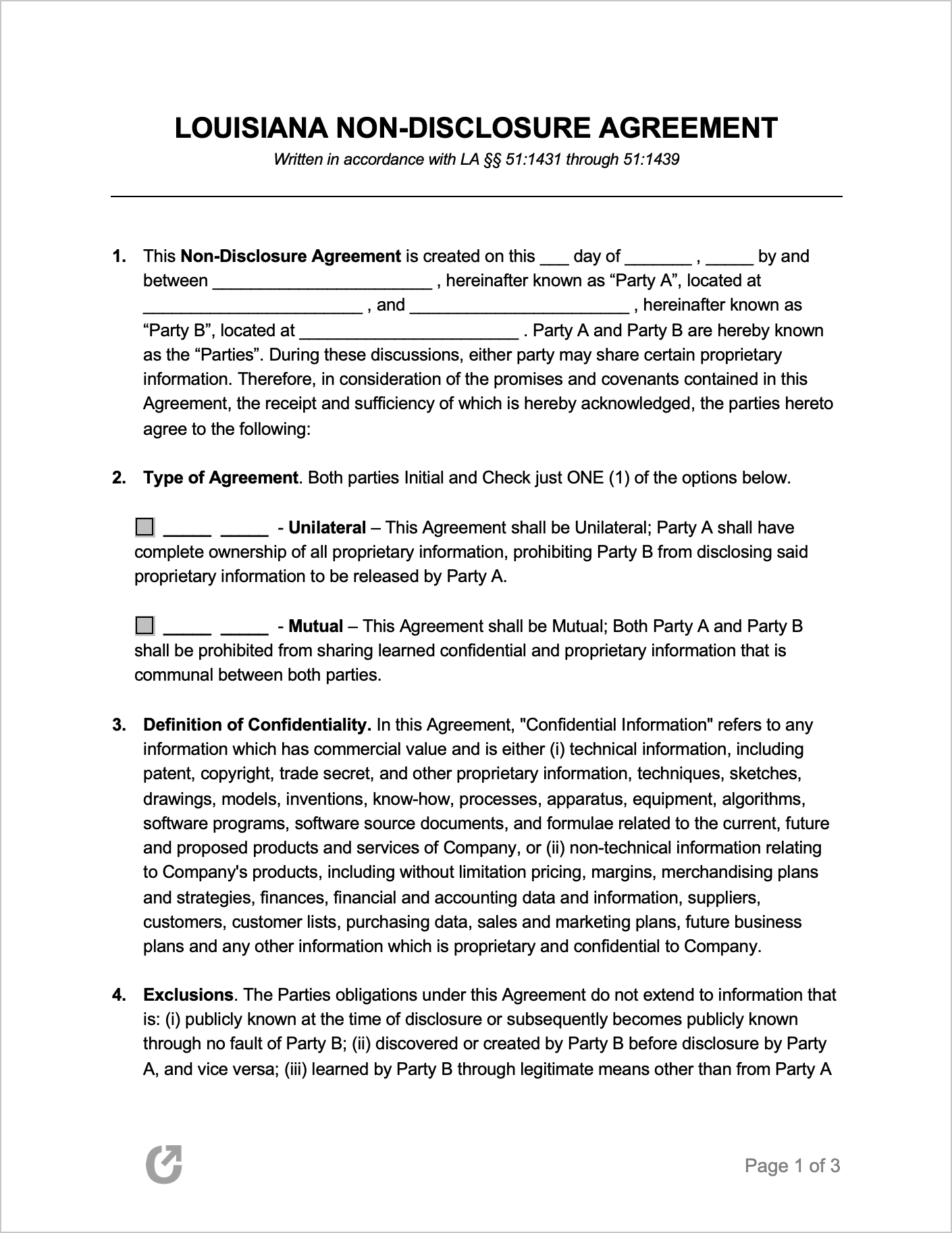 The Louisiana Non-Disclosure Agreement (NDA) is the official tool used for restricting an individual or business from leaking confidential information to non-permitted individuals. Otherwise known as a “Confidentiality Agreement”, the document, once signed, protects anything deemed valuable or classified by the holder of the secret(s), which can include recipes, business plans, classified spreadsheets, and formulas, to name a few. Although less common, the form can be made to protect both parties should they need to disclose information to each other (called a “bilateral” agreement).

Louisiana’s Uniform Trade Secrets Act (§§ 51:1431 through 51:1439) was added in 1981 and designed to mirror the general Uniform Trade Secrets Act. This Act was enacted for adoption by the majority of states in an effort to make the states’ trade secret laws very similar to each other, for the purpose of easing businesses that operated in more than one state. The following is a breakdown of each section of the Act: