The Maryland Non-Disclosure Agreement (“Confidentiality Agreement”) is a contract used for securing two (2) or more parties under an agreement that ensures secretive information is not shared with third (3rd) parties. Situations in which drafting and signing NDAs are common, include potential business mergers, the hiring of new employees, keeping patient’s health information secret, and for ensuring newly developed technology is kept out of competitor’s hands.

NDAs come in two (2) types, bilateral and unilateral. An agreement is bilateral if there is only one (1) party sharing secrets. It is unilateral when both parties are sharing information with each other. The form offered for free can be either depending on the option that is checked.

Below is a breakdown of Maryland’s trade secret law (§§ 11-1201 through 11-1209).  It covers commonly used terms regarding trade secrets, how plaintiffs can recover damages from misappropriation, and other important facets of trade secret law which is important to understand if signing an NDA in the state of Maryland. Note: some of the section titles below, such as “Injunctions,” are abbreviated for space. 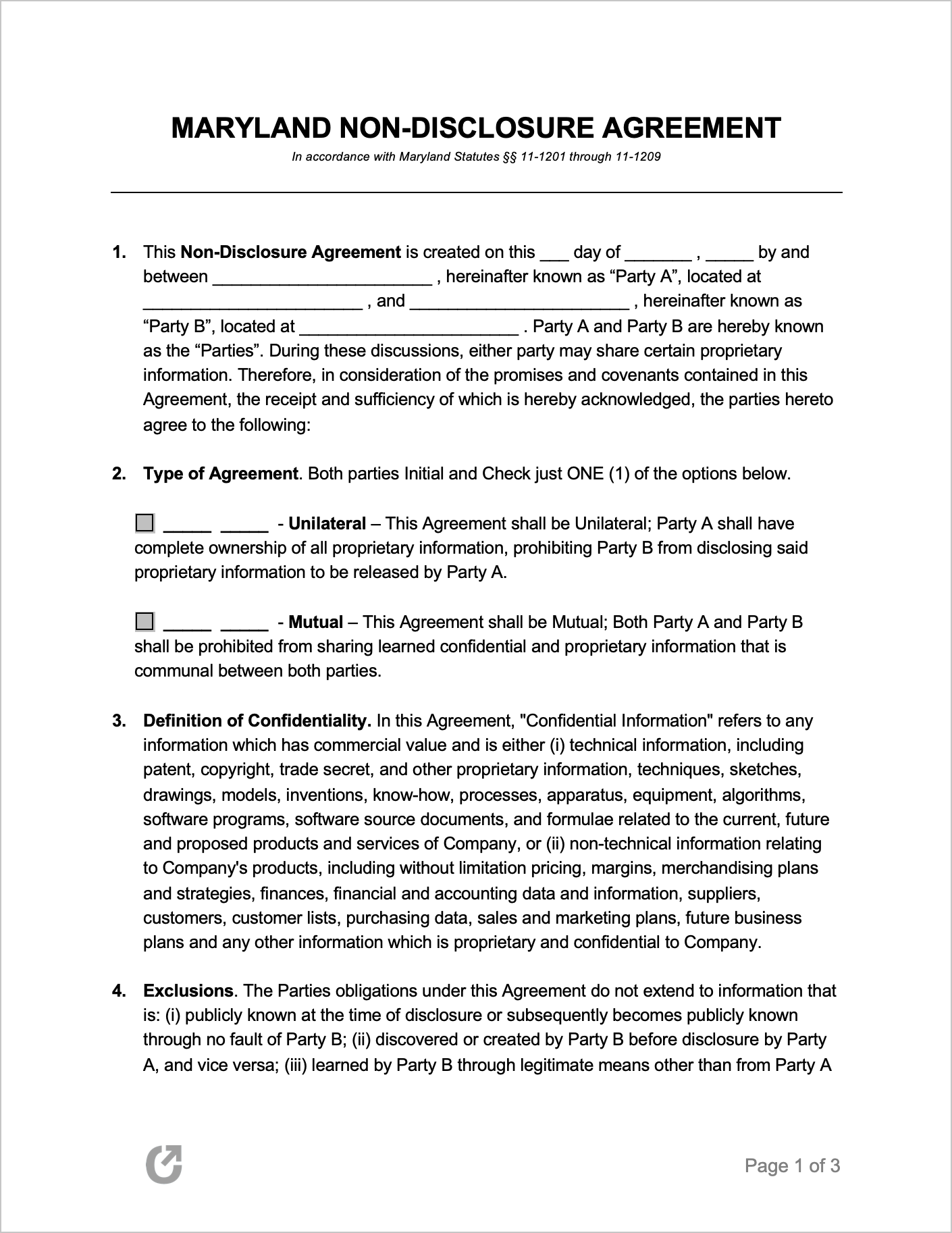