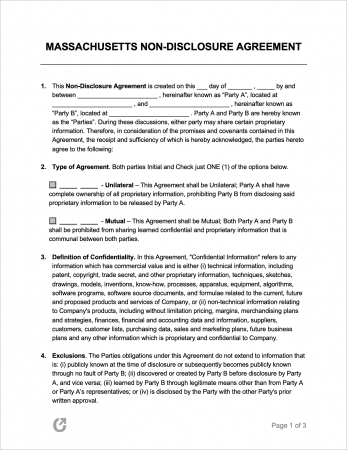 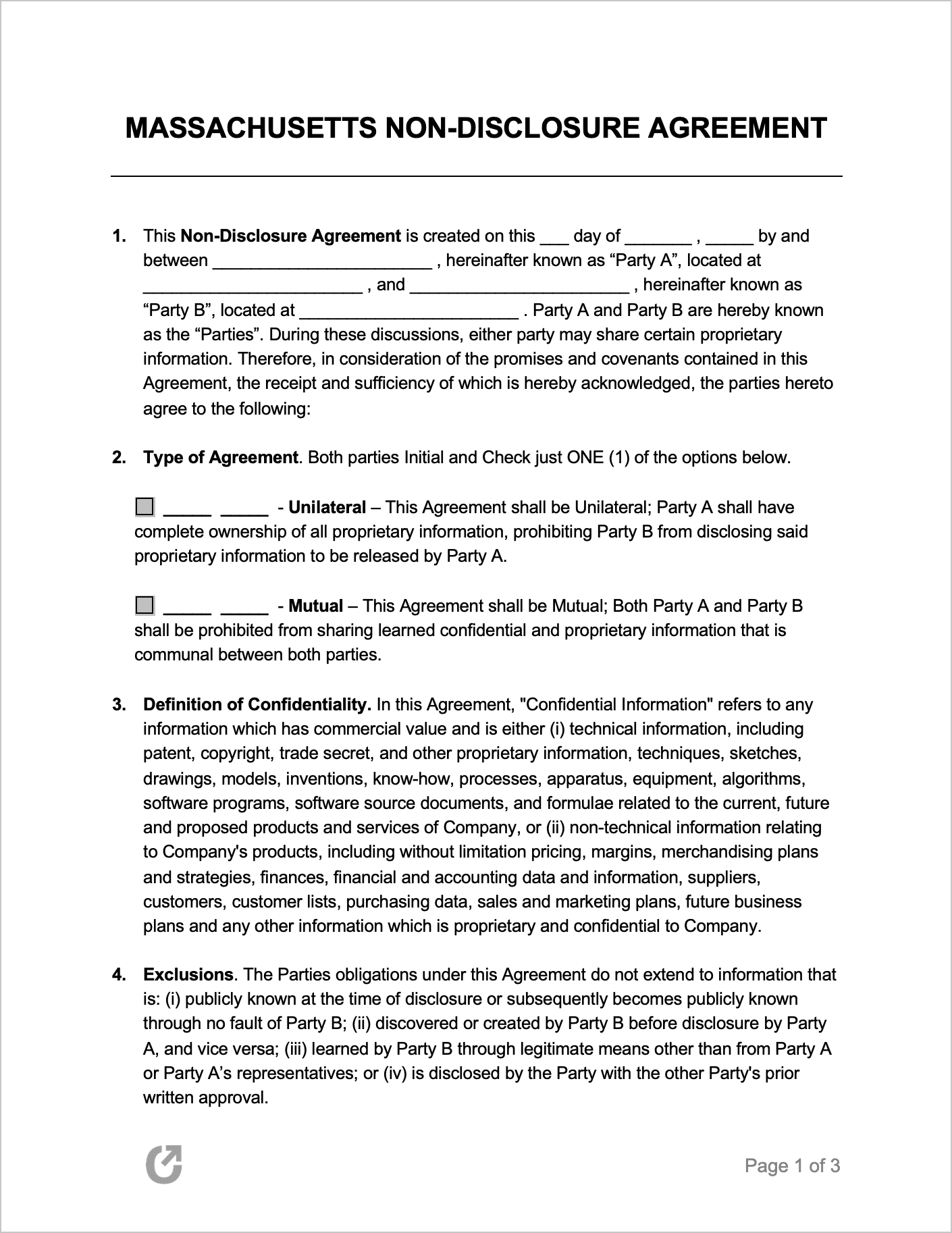 A Massachusetts non-disclosure agreement (NDA) is a form used by businesses, contractors, and other professionals to protect various types of confidential information from third parties. Whether it be a business plan, formula, recipe, invention, or customer list, an NDA binds the recipient of the info from sharing it with anyone not explicitly permitted.

Should the recipient breach the contract and release (or use) information that was clearly made off-limits (known as misappropriation), the disclosing party will have grounds to take legal action. This can include collecting damages or having the court issue an injunction to stop the release of said information.