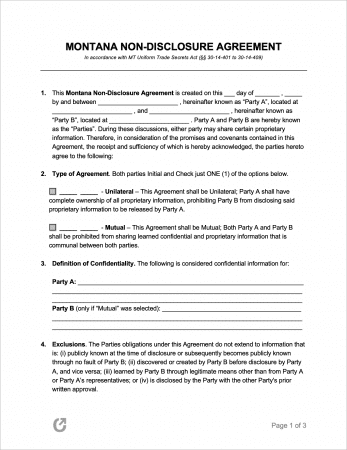 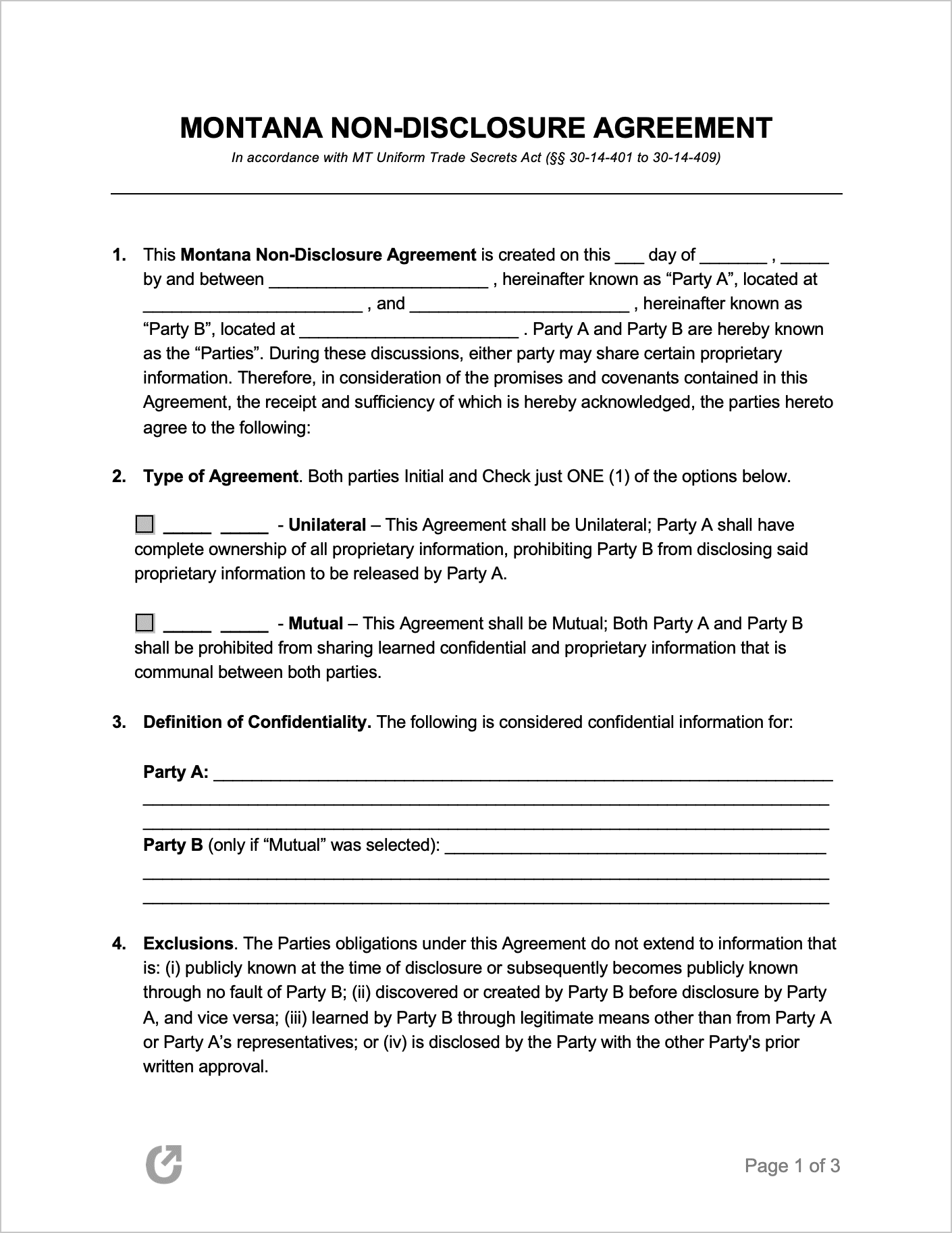 A Montana non-disclosure agreement is a legal form used to keep a person or company’s valuable ideas or plans from being discovered from the public or competitors. Entities often require new hires to sign the form if they’ll have access to anything secretive.

The contract can be used as a unilateral (one-way) contract, where only one party will be sharing information, or a mutual (two-way) agreement, in which both parties share secret information with each other.

The NDA only needs to be signed by both parties. It does not need to be notarized, although doing so can increase the form’s validity.