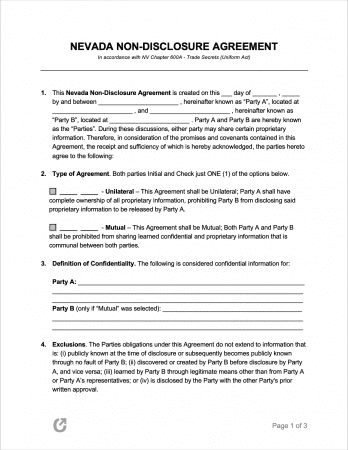 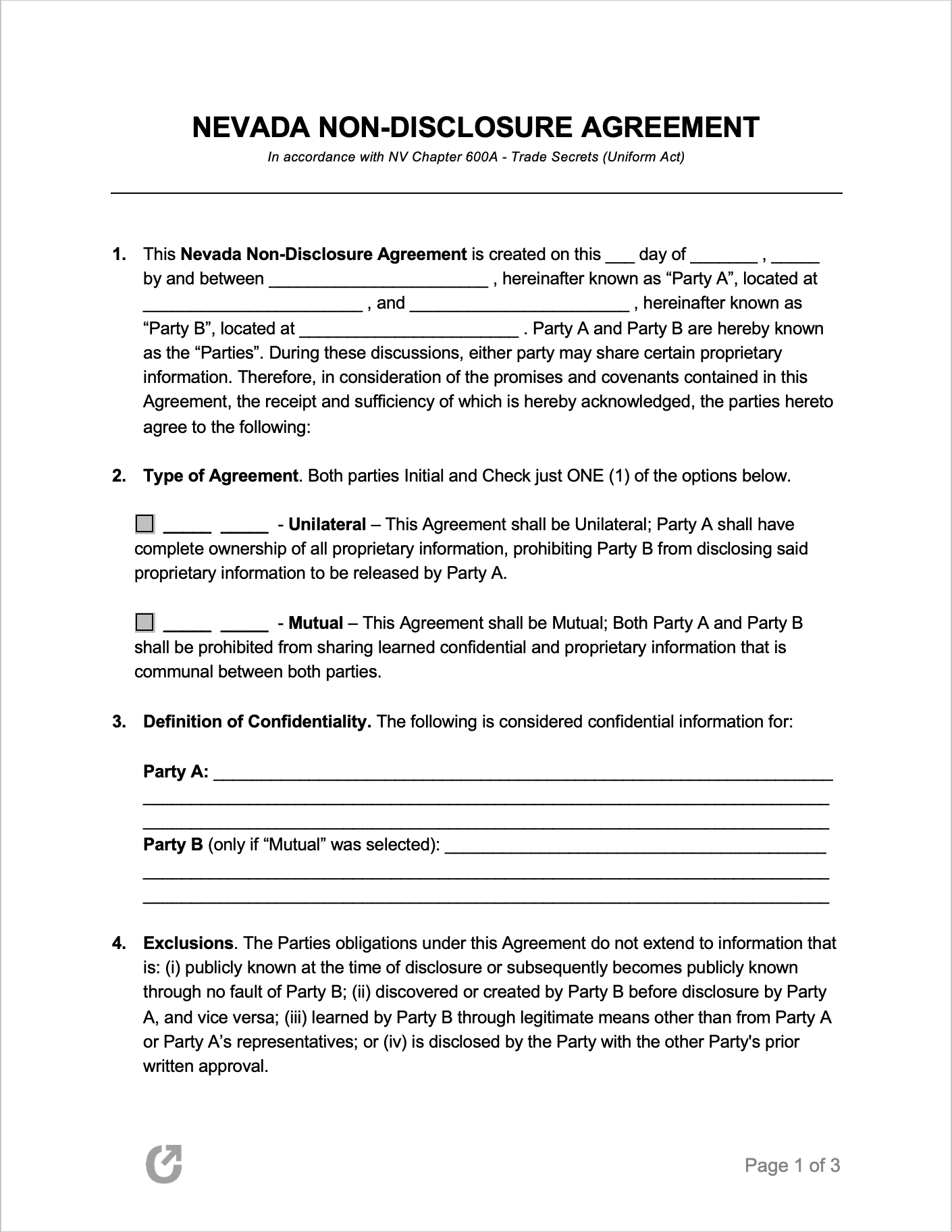 The Nevada Non-Disclosure Agreement (NDA) is a contract that is used for legally preventing a person or entity from sharing certain learned with persons outside of the agreement. It allows companies and individuals, who otherwise wouldn’t share certain information, to pass on sensitive information to another party with confidence that the info will remain a secret. This allows companies to engage in potential mergers, hire employees, and engage in other actions more freely.

In the event information is unlawfully disclosed, the original owner of the information can sue the releasor for damages. Additionally, the courts may decide to issue an injunction, which is a legal term for forcing a person (or company) from using stolen information.

Consequences of Breaching an NDA in Nevada

Anyone who breaches an NDA in the state of Nevada is bound by the consequences found in NRS 600A.035. So long as the theft of the trade secret meets the criteria listed in this same provision, the party will be considered guilty of a category C felony. The punishment will involve:

Nevada’s Chapter 600A (§§ 010 – 100) addresses trade secret matters in the state. Nevada is one (1) of the forty-nine (49) states to adopt the Uniform Trade Secrets Act, which lends to its laws being fundamentally based off of those in the national act. There are, however, a few important differences. Important sections of the act are as follows:

In NV, the statute of limitations is three (3) years, meaning a victim of one of the actions described above has that amount of time to make a case after discovering the misappropriation.