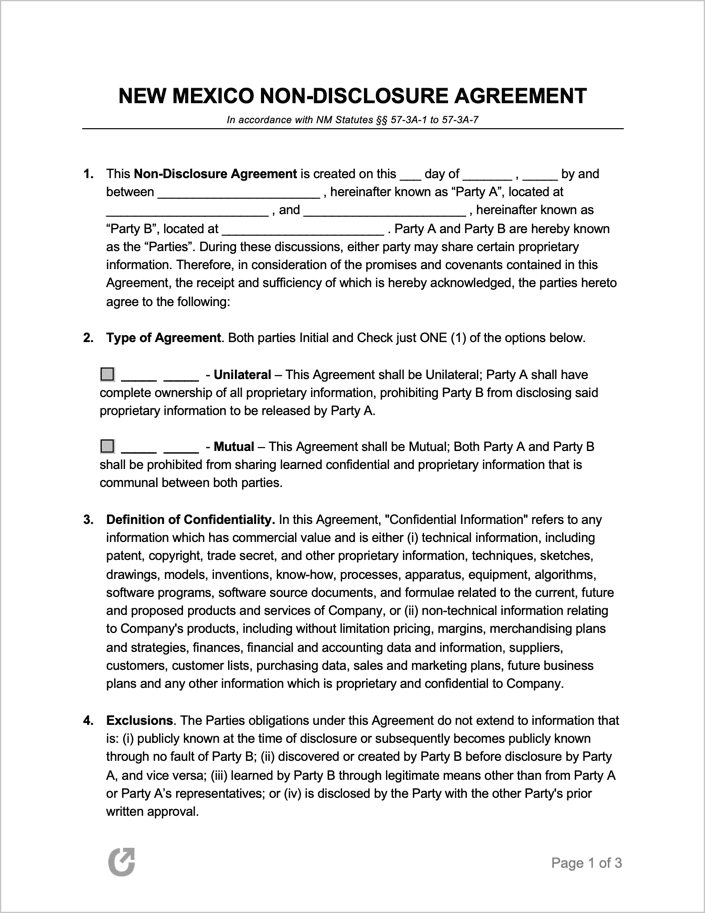 Download the New Mexico Non-Disclosure Agreement (NDA) to legally restrict companies, contractors, and employees from taking confidential information that was discussed in private and sharing or using it in unlawful means. The form lists the terms and conditions of the agreement, which include the specifics of what information is classified, how the recipients can use it, and optional conditions such as jurisdiction and injunction (which involves issuing a court order to a party from using the secrets).

New Mexico’s law regarding trade secrets, titled the “Uniform Trade Secrets Act,” covers how those that suffered from having their company’s confidential information stolen can claim damages. The following are the sections of the Act: