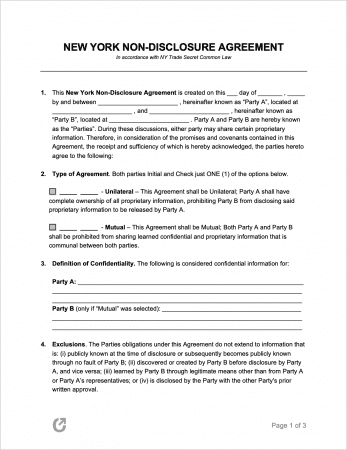 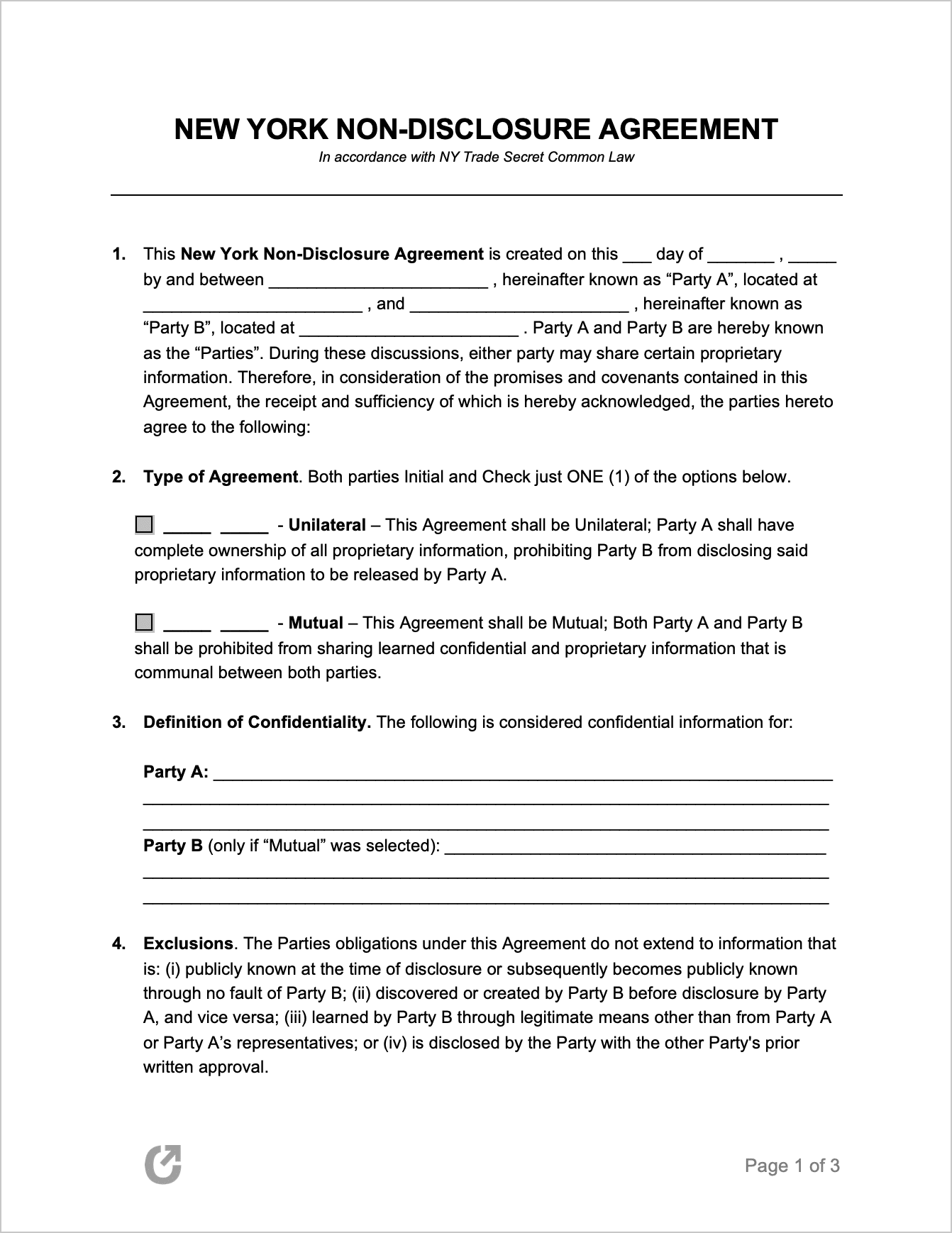 The New York Non-Disclosure Agreement (NDA), “Confidentiality Agreement,” is a contract formed between two parties, who can be individuals or companies, for the purpose of legally preventing a member of the agreement from sharing learned information with others. The form is commonly found in business settings, where it is used by companies and individuals alike to protect trade secrets, which are pieces of information that benefits the company or individual holding them. Examples include business plans, product designs, important processes, and recipes (such as the recipe for “coca-cola”). In order for something to be considered as a trade secret, it cannot be known by the public or easily known if someone were to look for it.

New York City’s Bar Association developed a sample NDA which can be used for reference when editing an existing template.

New York is a rare state in regards to NDAs because they have not accepted the Uniform Trade Secrets Act (UTSA), which was designed to be adopted by the states to make Trade Secret laws consistent across the country. Although the state has not adopted the act,

trade secrets that have been stolen are still covered by common law. One can view important information regarding NY’s trade secret laws in the article “Trade Secrets Law in New York“.

Upon discovering that information has been wrongly stolen, victims have three (3) years to bring a case.