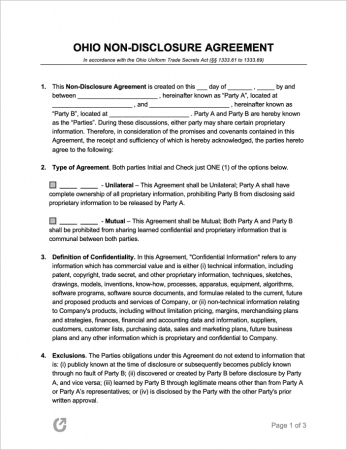 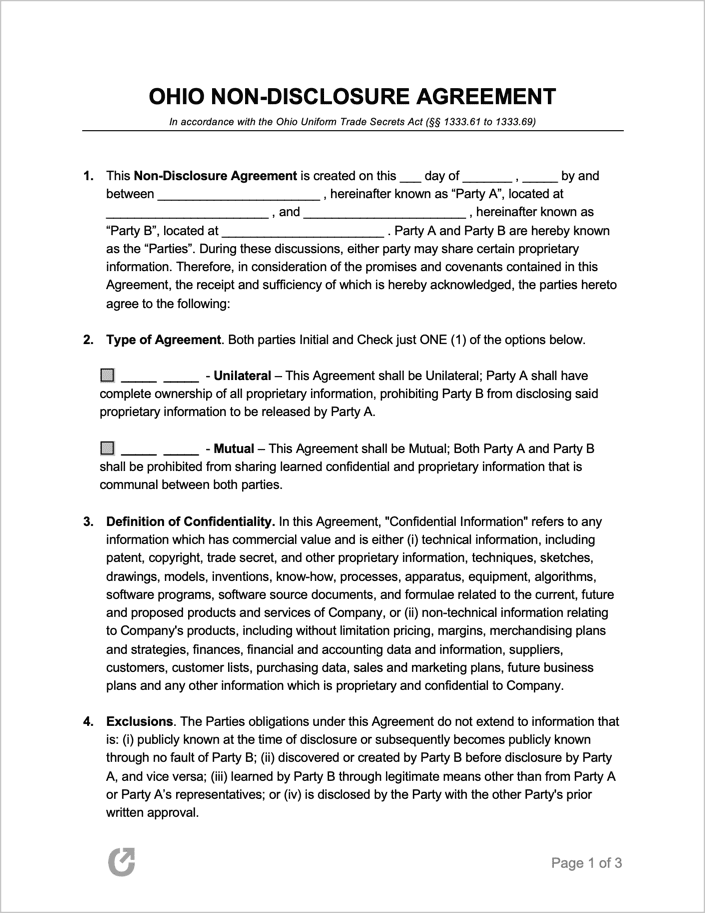 The Ohio Non-Disclosure Agreement (NDA) is a business form used for legally preventing people from sharing information they learned in a confidential setting from sharing or using the learned info in wrongful ways. The document contains conditions that ensure the party learning the information has no room for assumptions about what they can and cannot divulge to other parties. Information found in the NDA includes:

Definition of Trade Secrets (§ 1333.61): Any type of information that a) carries “independent economic value, actual or potential” by the fact that it is not known widely, and b) the sharing party has undertaken reasonable efforts to keep from becoming public knowledge.

Definition of Misappropriation (§ 1333.61): In order for stolen trade secrets to be considered as “misappropriation,” the information has to have been:

Statute of Limitations (§ 1333.66): Ohio law requires that a case of misappropriation be brought up within four (4) years after discovering the wrongdoing (or after the wrongdoing should have been discovered).