The Oregon Non-Disclosure Agreement (NDA), a form that also goes by the name “confidentiality agreement,” is used by Oregon-based companies and business people to protect their confidential information. The form, which complies with the state’s trade secret law (Chapter 646), is legally-binding and can be used as either a bilateral or unilateral contract depending on whether or not one (1) or both parties anticipate sharing information. An example of a situation where a bilateral contract may be needed is potential business mergers, as the companies will need to have access to each other’s business plans. A situation in which a unilateral NDA may be needed is the hiring of a new employee that will have access to sensitive, highly secretive information. In unilateral contracts, there is a receiving party and a disclosing party. The disclosing party can be anyone who harbors secretive information, whereas the receiving party is commonly:

Oregon’s Chapter 646 (§§ 461 – 475) covers how the courts handle misappropriation of a Trade Secret. Misappropriation is a term used to describe when an individual or company uses another’s confidential information while knowing the information was acquired using improper means. Below is a brief description of each section of Oregon’s trade secret law: 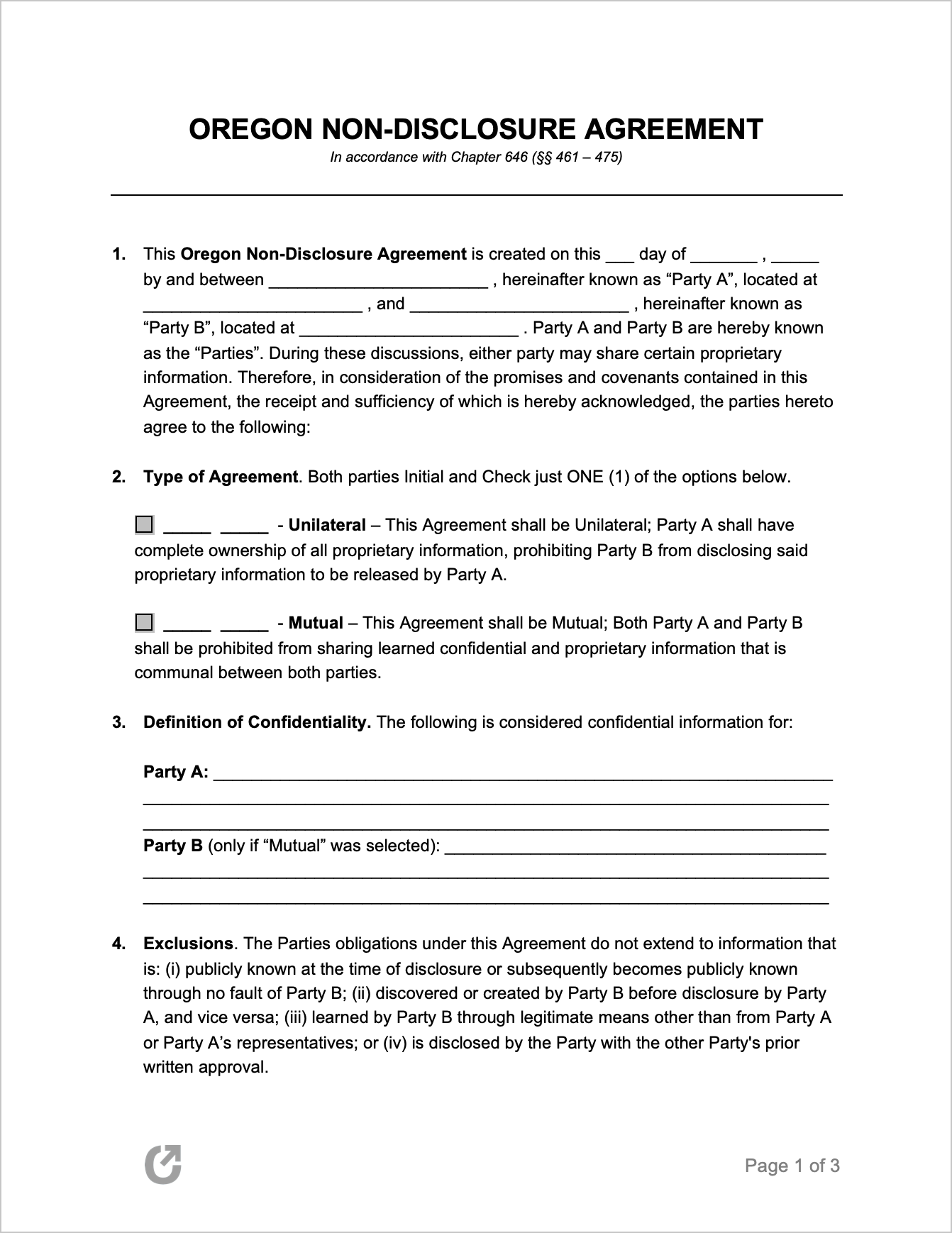