The Rhode Island Non-Disclosure Agreement (“confidentiality agreement”) is a contract that prevents highly sensitive and proprietary information from being shared with competitors and the general public. The form is commonly signed by investors, employees, suppliers, businesses, and any other person or entity that will be learning valuable information that cannot land in the wrong hands.

Rhode Island’s Uniform Trade Secrets Act, Chapter 6-41, went into effect on July 1st, 1968, and consists of eleven sections that cover how cases of misappropriated trade secrets are handled in the state. Below is a list of the sections of the chapter along with a brief description of each.

Statute of Limitations (§ 6-41-6): Cases of misappropriation need to be brought up within three (3) years after their discovery (or the date the victim should have been discovered that their trade secret(s) had been stolen or misused). 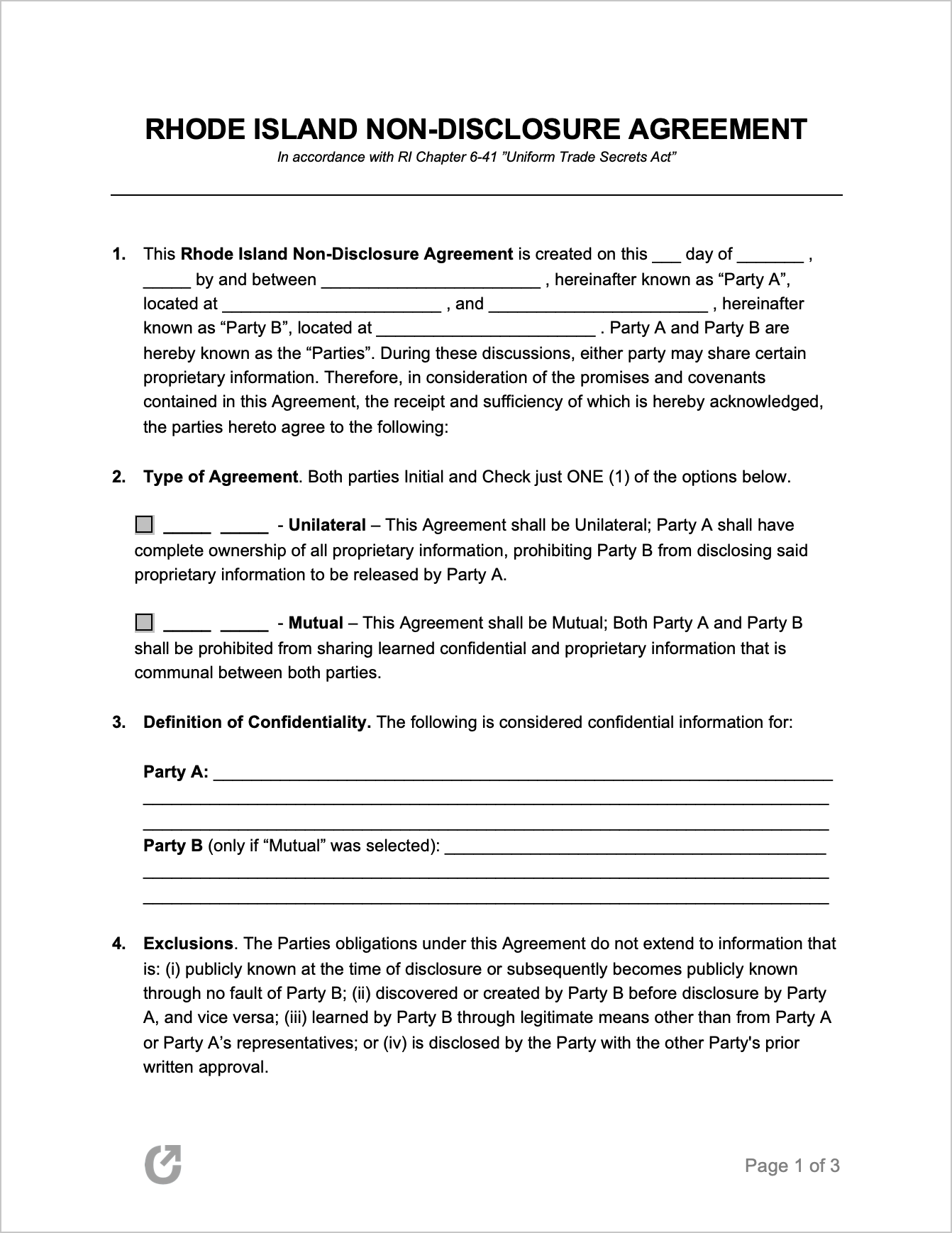