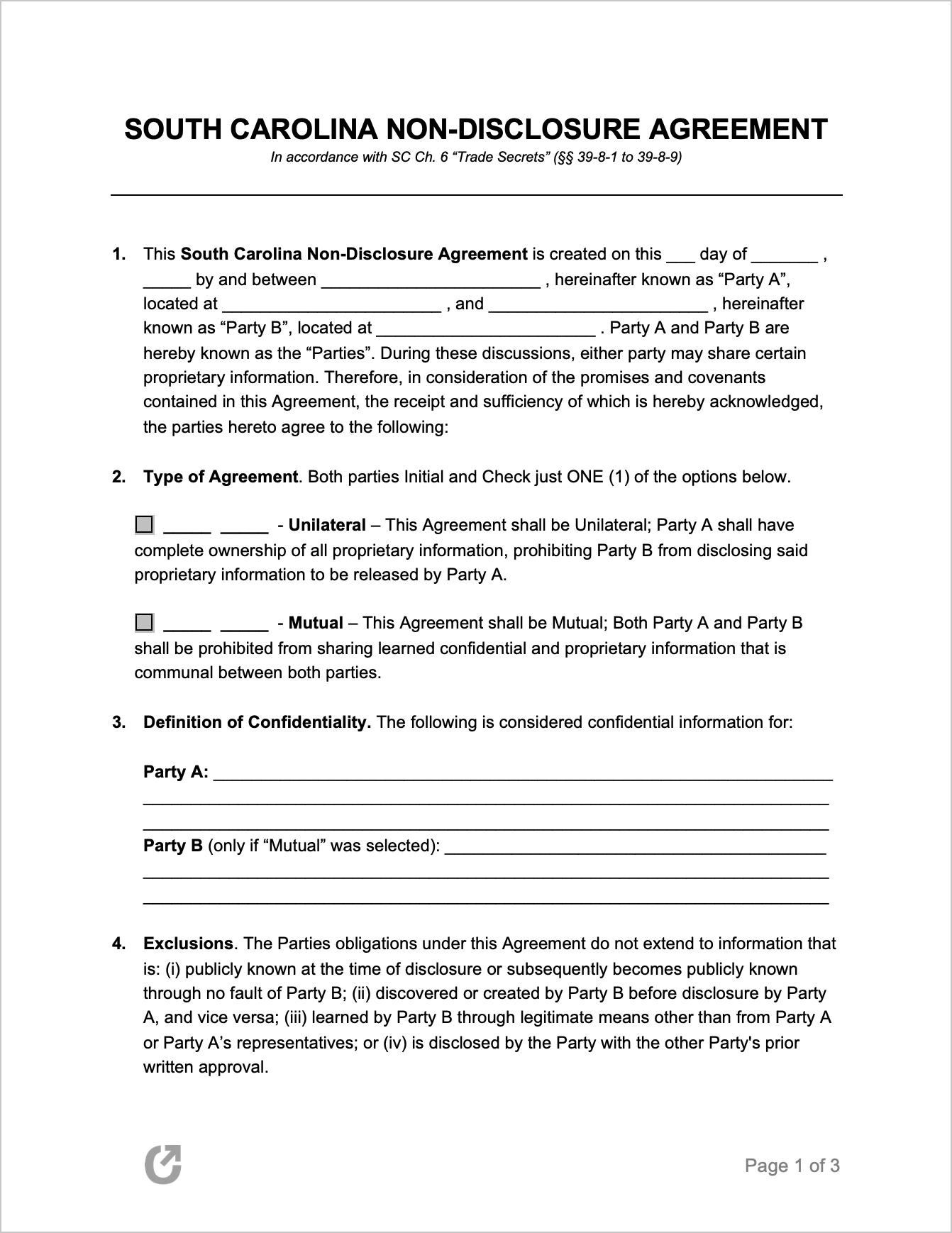 Download the South Carolina Non-Disclosure Agreement (NDA), a legal document used for preventing confidential information that is shared with an outside person or company from getting into the hands of third (3rd) parties. The form is used for protecting trade secrets, which according to SC law consists of information that 1) is not readily accessible by the general public, and 2) is being protected, with reasonable effort, from being discovered.

A common use of the form is for potential business mergers, where one or both companies will need to share their business plans. Because the other company could use the business plan to undermine the party sharing it, using an NDA holds the learning party liable to ensuring the trade secret(s) remains safe.

The law regarding trade secrets, Title 39 Chapter 8, consists of fourteen (14) sections that cover how stolen confidential information is handled by South Carolina courts. Below are all the sections found in the chapter, with a brief summary of each.