The Tennessee Non-Disclosure Agreement (NDA) provides business owners and other professionals with a means of protecting their sensitive trade secrets and confidential information from both the public and competitors. The document is commonly used for onboarding new employees (that will have access to secretive info), discussing the possibility of a merger with another company, and pitching an un-patented product to a group of investors, to name a few of its use cases. In the event information is leaked, the party disclosing the information can take the other party to court to claim damages for the wrongdoing.

To aid both parties in completing and executing a valid NDA, a brief breakdown of all nine (9) sections of Tennessee’s Uniform Trade Secrets Act (Title 47 Chapter 25) has been outlined below. The act sets out how stolen trade secrets are handled in the state via the court system, as well as other information pertinent to the protection of confidential information in the state. 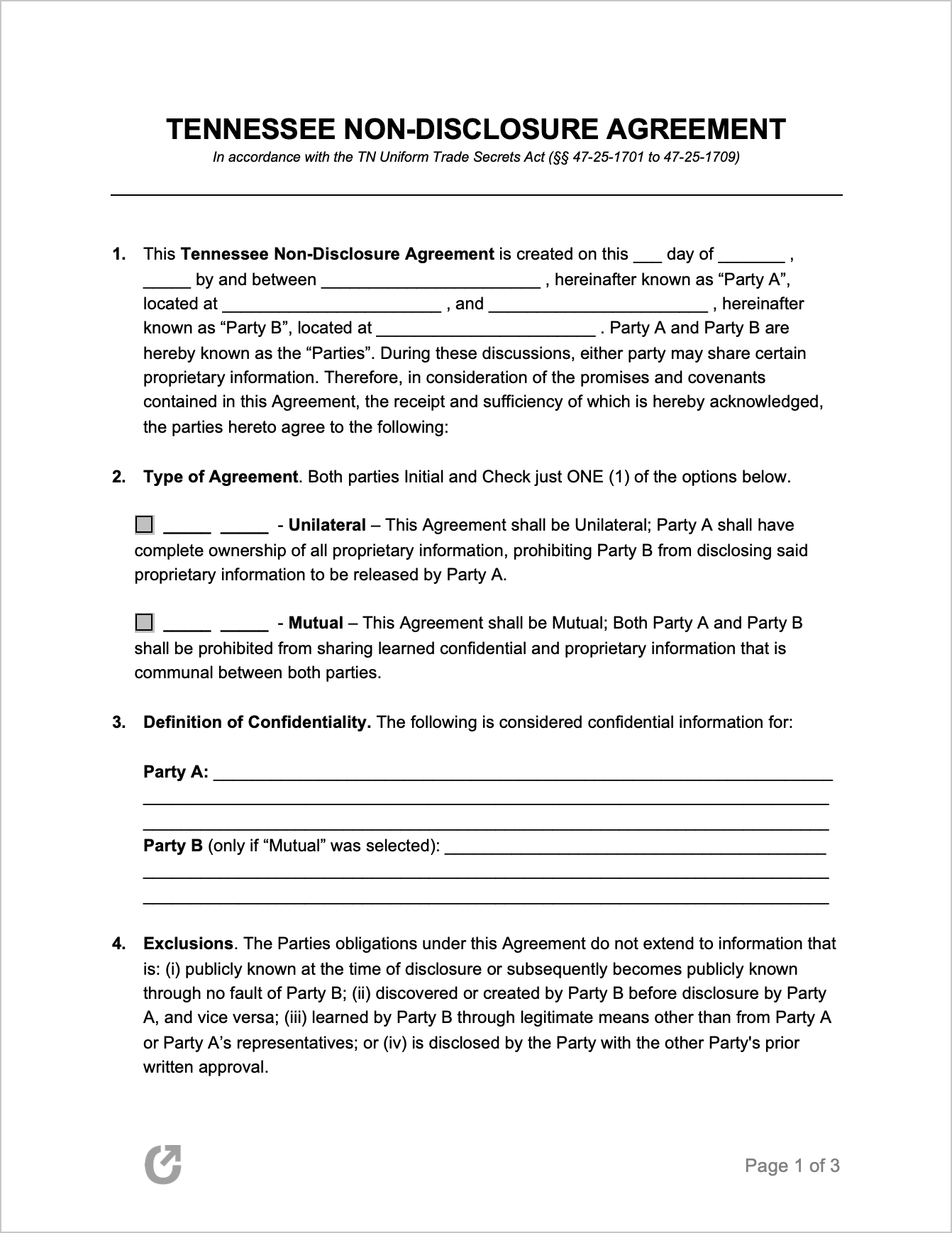