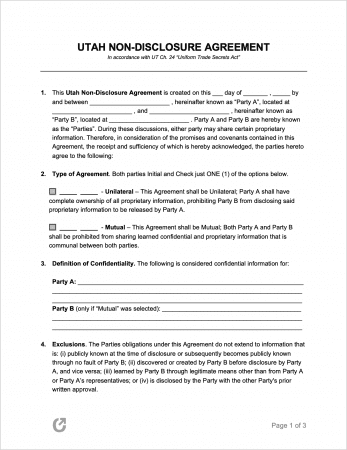 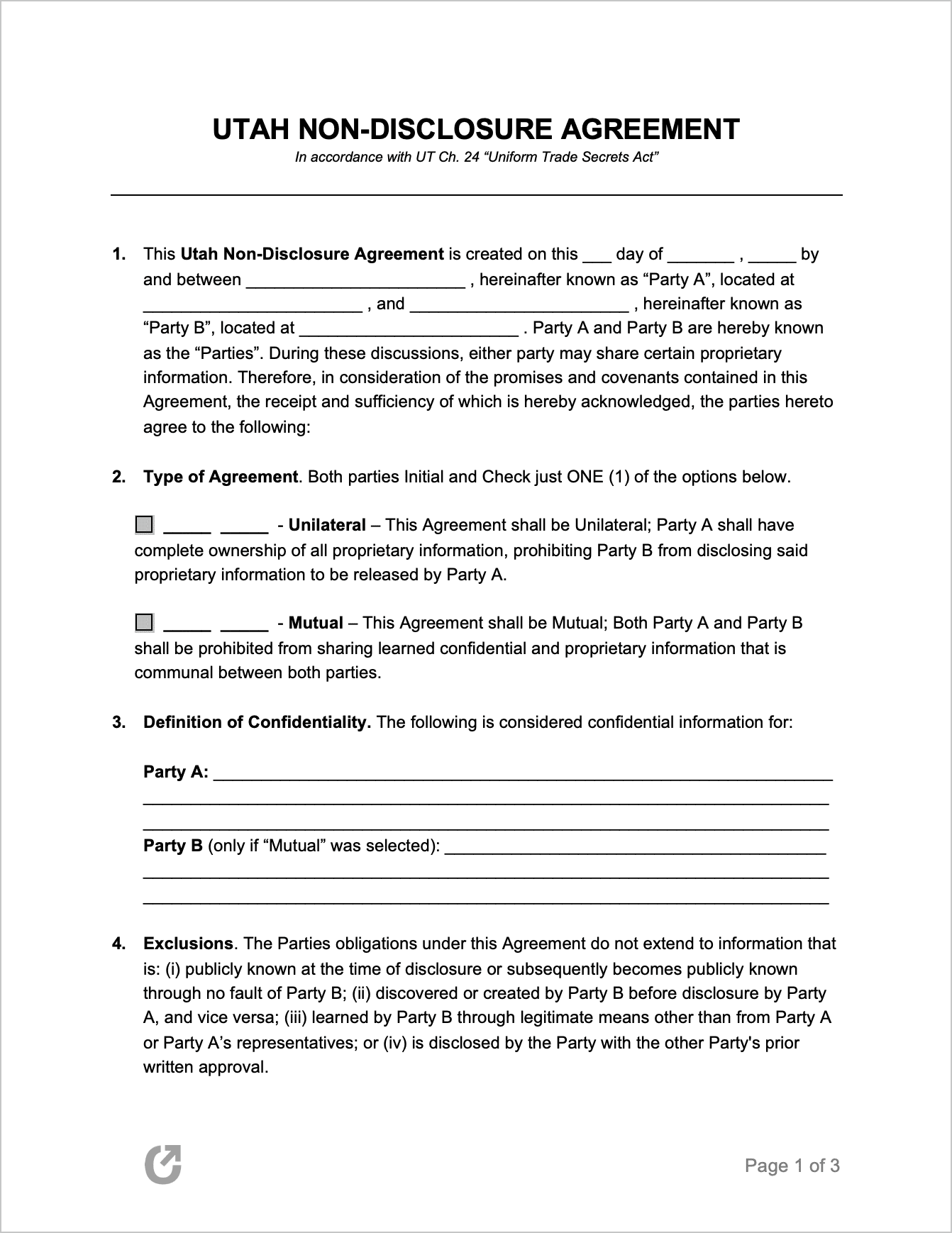 The Utah Non-Disclosure Agreement (NDA) is a legal form that protects companies and business persons from having their trade secrets (valuable confidential info) from being exposed to the public or a competitor. Formed between two parties⁠, the binding contract can be used to clearly outline what can and cannot be disclosed. Specifying what can be shared with third (3rd) parties is important, as it is rare that everything talked about is confidential.

The punishment(s) for breaking an NDA can require the party at fault to pay for damages (the estimated cost of the damage the leaked secret(s) caused), cease all activity related to the secret (an injunction), and/or potentially pay for the other party’s attorney’s fees.

When signing an NDA in the state of Utah, understanding how the state views and punishes those that steal and misuse trade secrets can prove invaluable. Utah is one of forty-eight (48) states that adopted the Federally-established Uniform Trade Secrets Act (UTSA). The state kept the general structure typically found in trade secret chapters by including sections that cover injunctions, damages, the statute of limitations, and other important facets. To give you a general understanding of Utah’s UTSA, the important sections of the act have been listed below:

Damages (§ 13-24-4): Damages that are awarded for stolen trade secrets can be a combination of two (2) things: 1) the traceable cost that the owner of the secret(s) suffered because of the misappropriation, and 2) the “unjust enrichment”, which is the gain that the entity who stole the secret(s) received from the misappropriation. In the case that the trade secret(s) were stolen maliciously (with intent to cause harm/damage), victims can be awarded up to twice (2x) what was originally awarded.