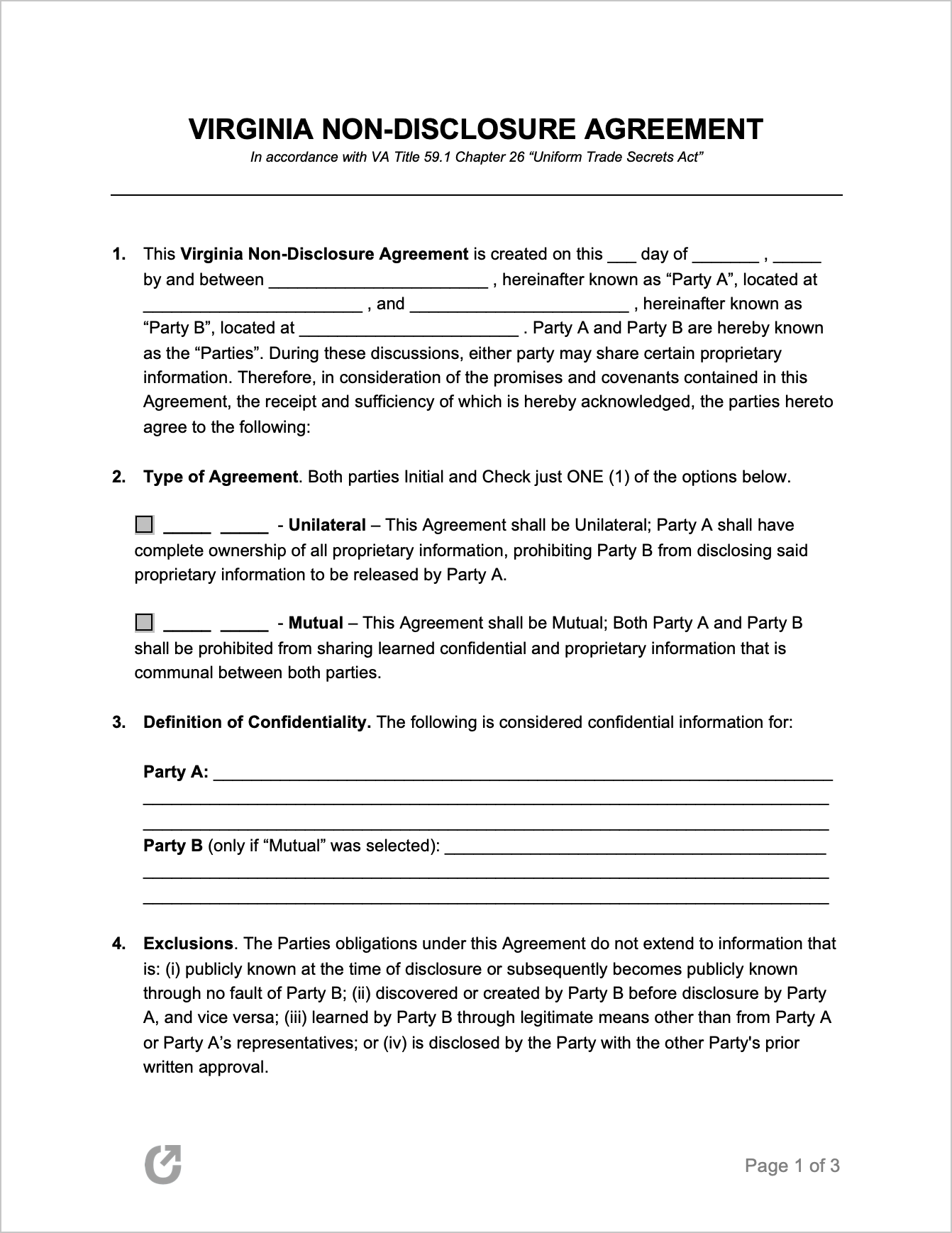 The Virginia Non-Disclosure Agreement (NDA) is a form that serves the purpose of protecting a person or business’ secretive information from being exposed to third parties such as the public or competitors. It can be used as either a “bilateral” or “unilateral” agreement. If used as a unilateral agreement, there is one “disclosing party” and one “receiving party” who will respectively disclose and receive confidential information. If used as a bilateral agreement, both parties share and receive each other’s confidential information. In bilateral situations, there is less risk of disclosure, as both parties have something to lose. However, with the amount of time it takes to draft and sign an NDA, it’s well worth the risk it mitigates. Situations in which an NDA is commonly used include:

NDAs made in Virginia are bound by Chapter 26 of the Code of Virginia, “Uniform Trade Secrets Act”.pdf. This Act features nine (9) provisions that provide guidance on a variety of topics. A summary of the sections is as follows: