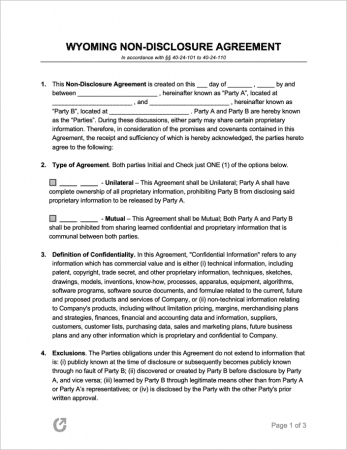 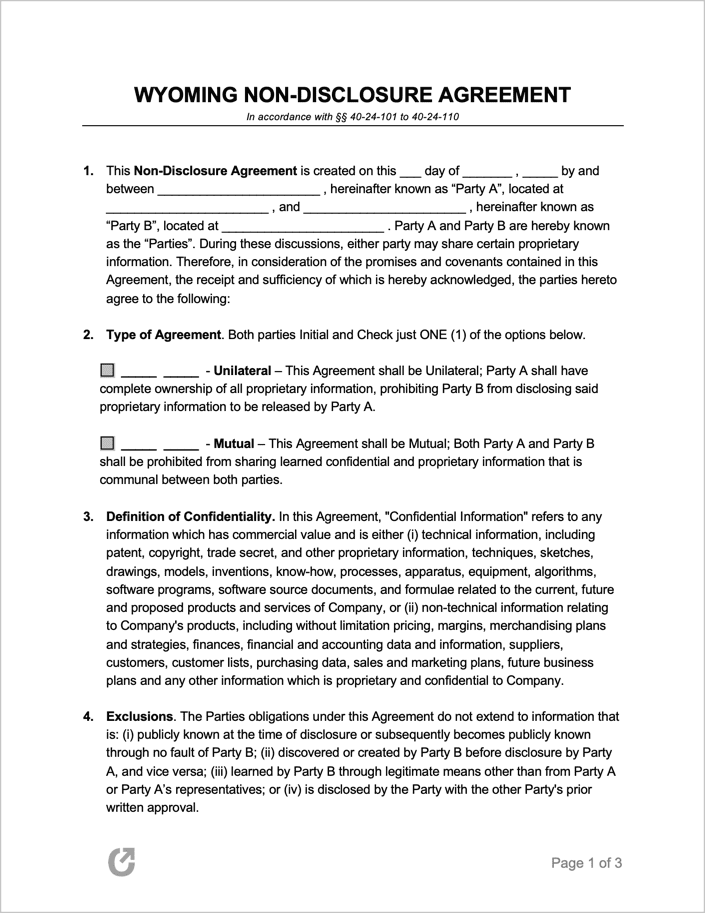 The Wyoming Non-Disclosure Agreement (NDA) is a form used for protecting valuable confidential information. Business plans, recipes, formulas, methods, and processes are only a few of the types of information that can be safeguarded with an NDA.

Once a party signs an NDA, they will be bound to the conditions included in the contract, requiring them to withhold the information they learned until the contract’s expiration (if one was included). In the event an individual doesn’t hold their end of the contract, the party that disclosed the information can pursue litigation to be reimbursed from the damages that were caused, as well as have the courts order any illegal use of the information to end (known as an “injunction”).

In Wyoming, the law that applies to confidential information or trade secrets that have been stolen or leaked is called the Wyoming Uniform Trade Secrets Act (Title 40 Chapter 24).

Attorney’s Fees (§ 40-24-104): There are three (3) cases that will result in the losing party having to pay for the cost of the other party’s attorney. They are:

Statute of Limitations (§ 40-24-106): Upon discovering misappropriation that occurred (or after it should have been discovered), the victim has a to bring a case within four (4) years. Any longer and a case would be considered invalid.