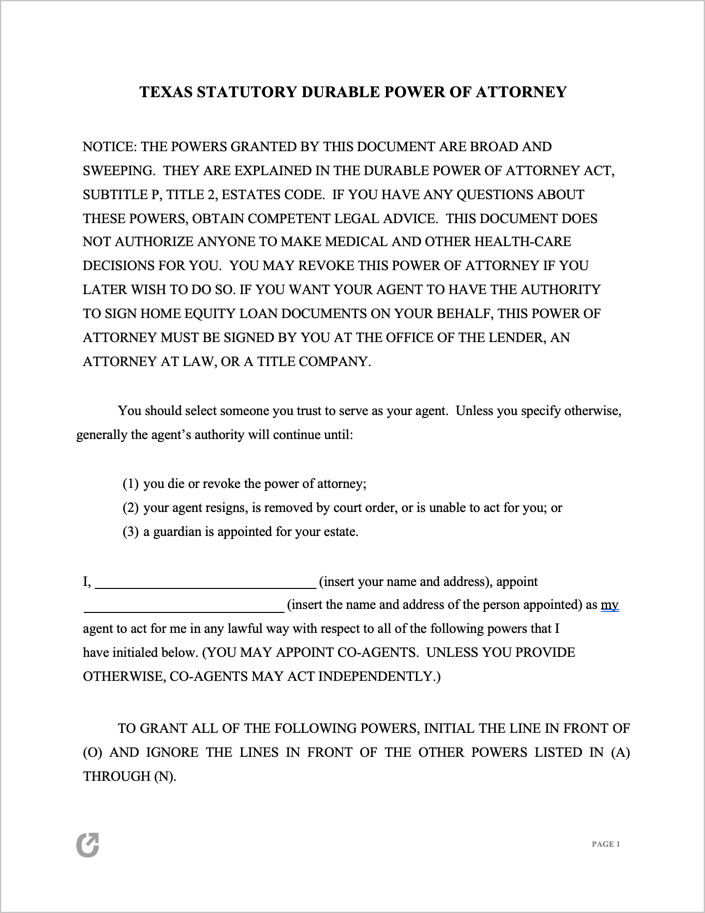 The Texas Statutory Durable Power of Attorney is a legal agreement used for giving a Texas resident the means of passing on one (1) to several financial decision-making powers to another individual, known as their “agent.” The form, which is the official statutory form provided by the state of Texas, is “durable,” which refers to the fact that the powers granted to the agent remain in effect in the event of the principal’s incapacity or disability. State POA laws, specifically Sec. 751.00201, state that the principal will be considered disabled or incapacitated after a physician gives a formal certification that the principal is mentally incapable of managing their own financial affairs. The physician’s certification should be: a) based on their medical examination of the principal, b) in writing, and c) only created after the POA has been executed.

Signing Requirements (§ 751.0021): In order for a durable POA to be lawfully executed in Texas, it must: