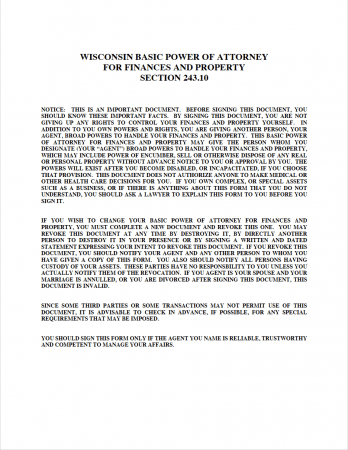 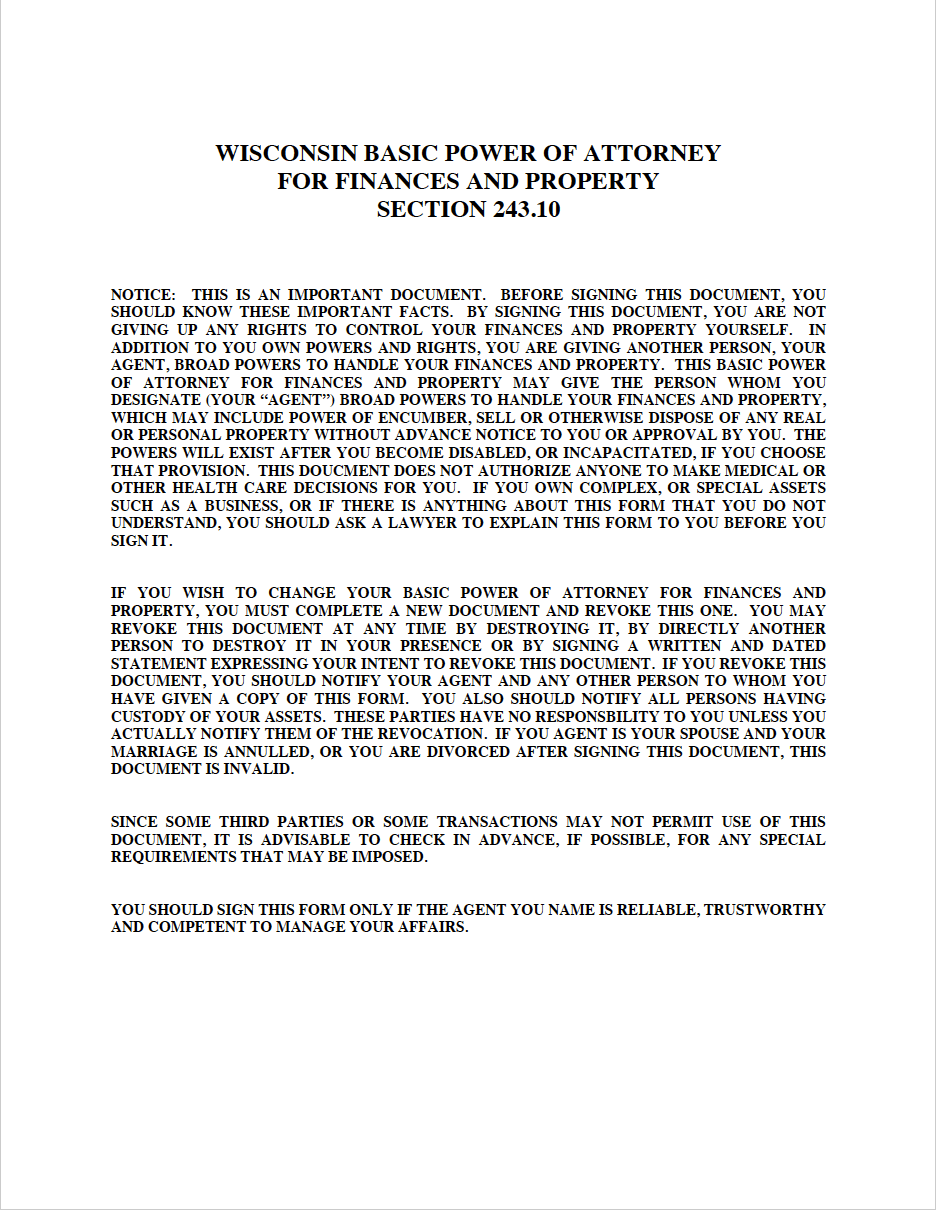 A Wisconsin General (Financial) Power of Attorney not only addresses what actions another party (called the Agent) will be authorized to perform on behalf of an individual (called the Principal). It also includes terms that establish what an Agent should do in case the Principal becomes incapacitated after the agreement is executed. As this Power of Attorney contract is general in type, it instructs the Agent to discontinue exercising any decision making powers that have been bestowed to them. If the situation arises where the Agent is aware of the Principal’s incapacity but nevertheless continue to exercise their powers, they will face legal repercussions as this will be in breach of the contract.

Signing requirements (§ 244.05) – Signed by the principal and notarized.