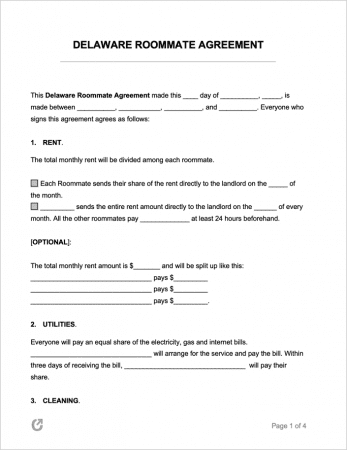 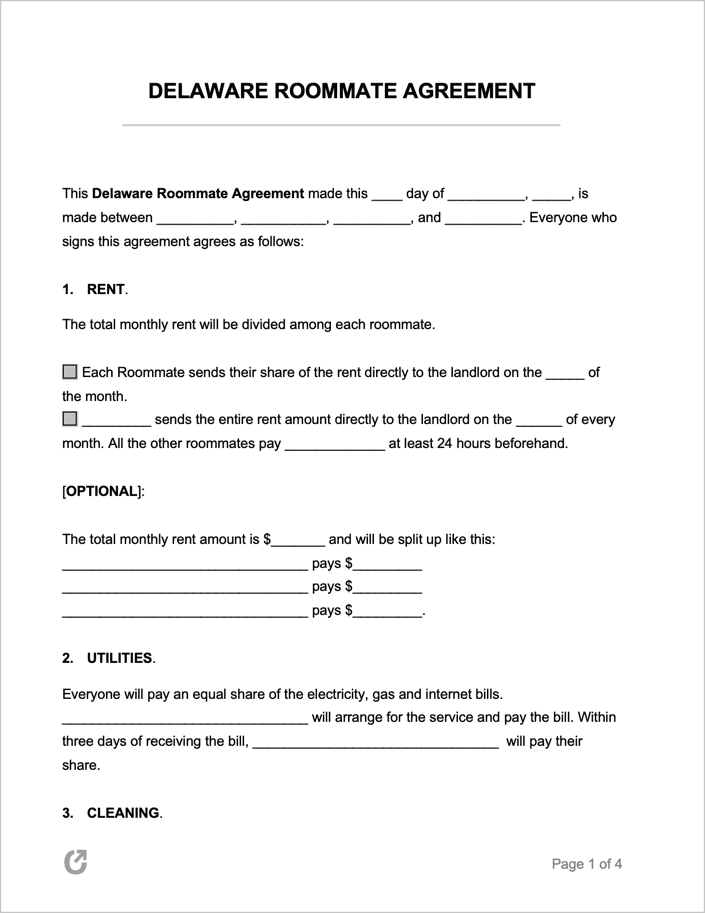 The Delaware Roommate Agreement is a useful document devised to promote cordiality among those living within the same rented home or apartment. The rules, expectations, and restrictions of the roommates are contained within the form in addition to an agreed-upon process for mediating disagreements and conflict between themselves. Typically, mediation involves nominating a person that will essentially “get between” the roommates and make a decision for them.

The form shouldn’t be confused with a lease agreement, which is the more legally-binding document signed with the landlord before the tenants moved into the property. While the roommate agreement is not a requirement, it should be considered as free, worthwhile insurance for maintaining goodwill among those who sign it.

The Delaware College Roommate Agreement is a non-binding document used for situations in which two (2) or more roommates are sharing a single dorm or apartment. By having the roommates agree on a variety of dorm rules, they remove the likelihood of disagreements and awkward confrontations from occurring. Although the agreement is non-binding in nature, the students signing the agreement should act in accordance with what was agreed upon out of respect for their peers.