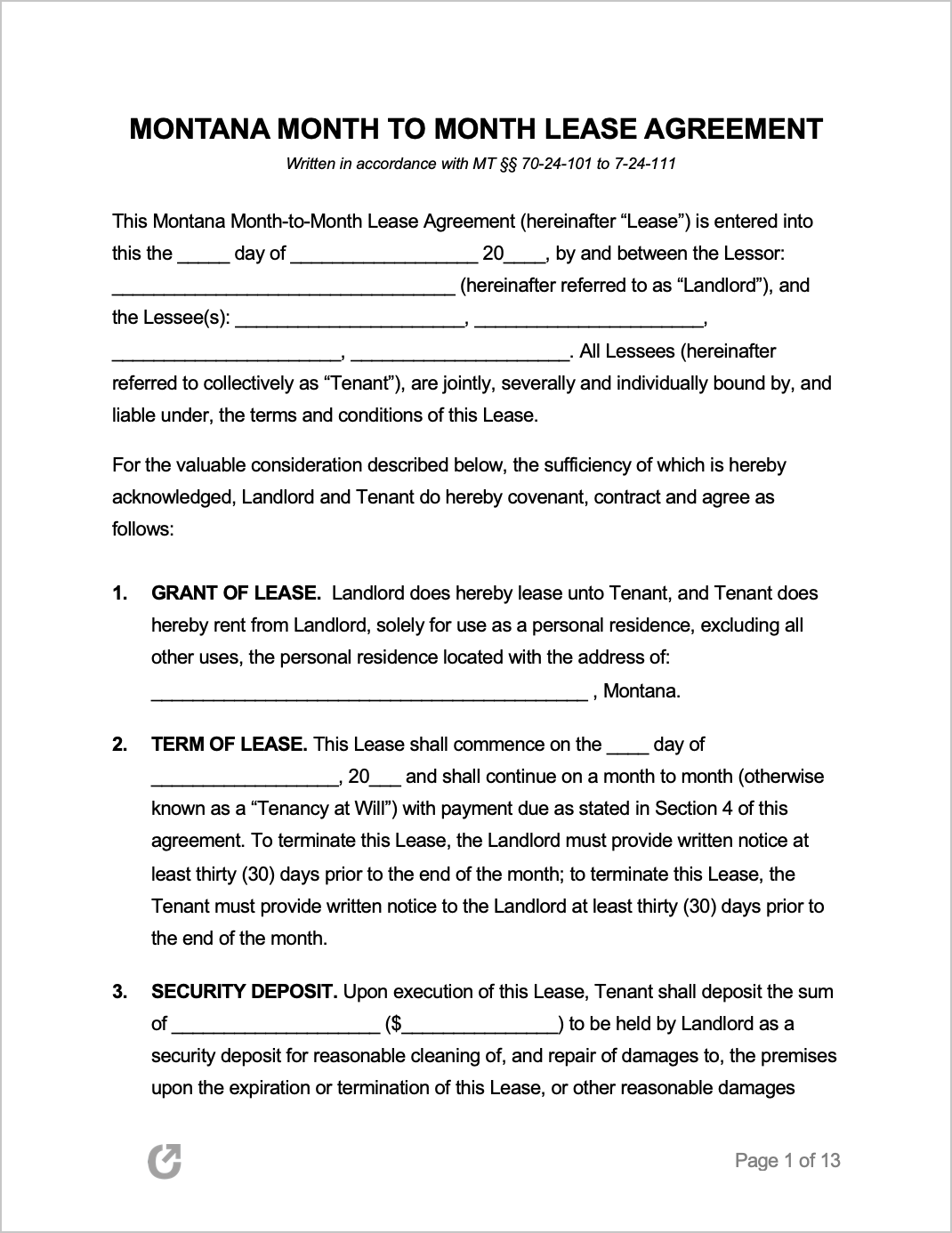 No rating yet
SAVE PDF WORD EXPORT DROPBOX EMAIL

No rating yet
SAVE PDF WORD EXPORT DROPBOX EMAIL

The Montana Month-to-Month Rental Agreement is a variation of a standard lease that contains no pre-determined end date. From the time the lease is signed, either party can end the lease so long they notify the other party in writing at least thirty (30) days in advance of the next rental payment. Rent charged with monthly leases is almost always higher than yearly leases due to the increased risk faced to landlords. Due to the increased security offered by yearly leases, monthly leases are typically used by landlords that cannot lease their property for one full year (due to them living in it) and properties that are pre-furnished. Although higher rent is a benefit to landlords, the likelihood of increased vacancy typically outweighs the increased rent received.