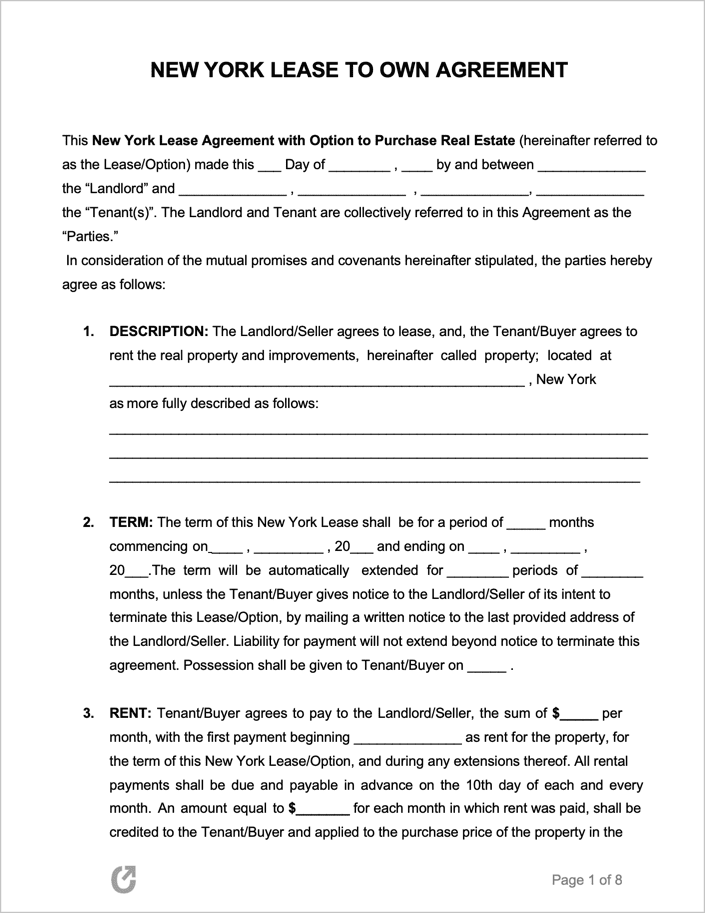 New York Lease to Own Agreement

The New York Lease to Own Agreement is a contract designed for use by homeowners in New York that are looking to eventually sell their homes, but would like to treat the property as a form of investment until the selling date. This is done by finding tenants that rent the home in a very similar fashion as those locked into a standard lease, but with added conditions that turn the contract into a purchase agreement at the end of its duration. Several aspects are typically negotiated on before the agreement is signed, including the selling price of the home, monthly payments, the down payment, and many other sections often found in standard leases.