The Arkansas Non-Disclosure Agreement (NDA) is a contract used to keep a company’s trade secrets from landing in the wrong hands. It is used when an individual will be learning a secret that is considered valuable to the company, such as a recipe or a business’ competitive advantage. The individual or company learning the information (called the “Receiving Party”) can be sued by the company sharing the information (the “Disclosing Party”) or faced with injunctive relief (a court order to stop an activity) if the party unrightfully shares confidential information.

Arkansas’ interpretation of the Federal Uniform Trade Secret Act differs slightly than the general law published in 1979; notable sections from the act can be found below:

Statute of Limitations (§ 4-75-603): Three (3) years. Time begins from the date of misappropriation discovery or date discovery should have been made. 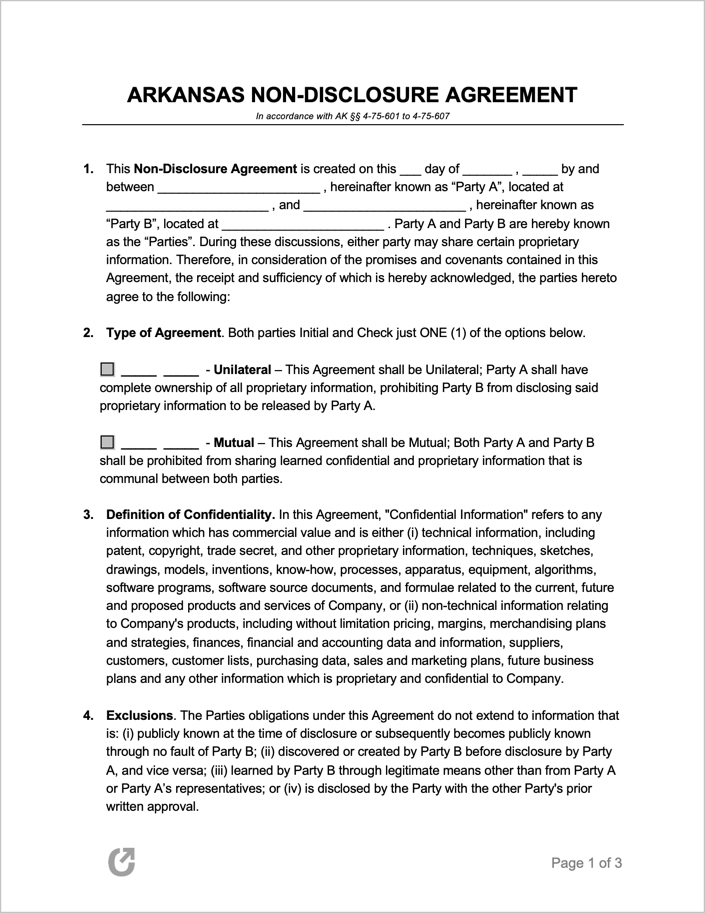