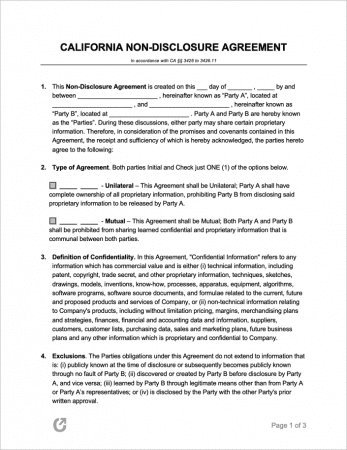 A California non-disclosure agreement (NDA) is a legal document that protects a company’s important and valuable knowledge from getting into the wrong hands. Customarily, it is signed between a person that discloses information and a the entity that will be learning it. However, it can also be used in mutual cases where both parties will be disclosing secrets to each other.

It’s used in a wide range of scenarios to protect information from being exposed, including discussing business mergers, pitching newly developed technology to investors, or hiring new employees.