The Delaware Non-Disclosure Agreement is a legally-binding document, that once completed, protects valuable information that has been acquired or developed over a significant amount of time. The form is commonly used when one (1) party is looking to share classified information with another party, such as a company and a newly-hired employee. Without a way of securing such essential information it would be far more difficult for companies to maintain a competitive advantage, and in some cases, stay in business altogether. It is important that the document is edited to account for the unique situation that the parties are involved in, such as the exact subjects and topics that are deemed confidential and how the parties can remedy a breach (if it were to occur).

The following are sections §§ 2001 to 2009 regarding Delaware’s Trade Secret laws:

Statute of Limitations (§ 2006): A plaintiff has three (3) years to bring a case of misappropriation (wrongdoing) to the court after discovering the wrongdoing. 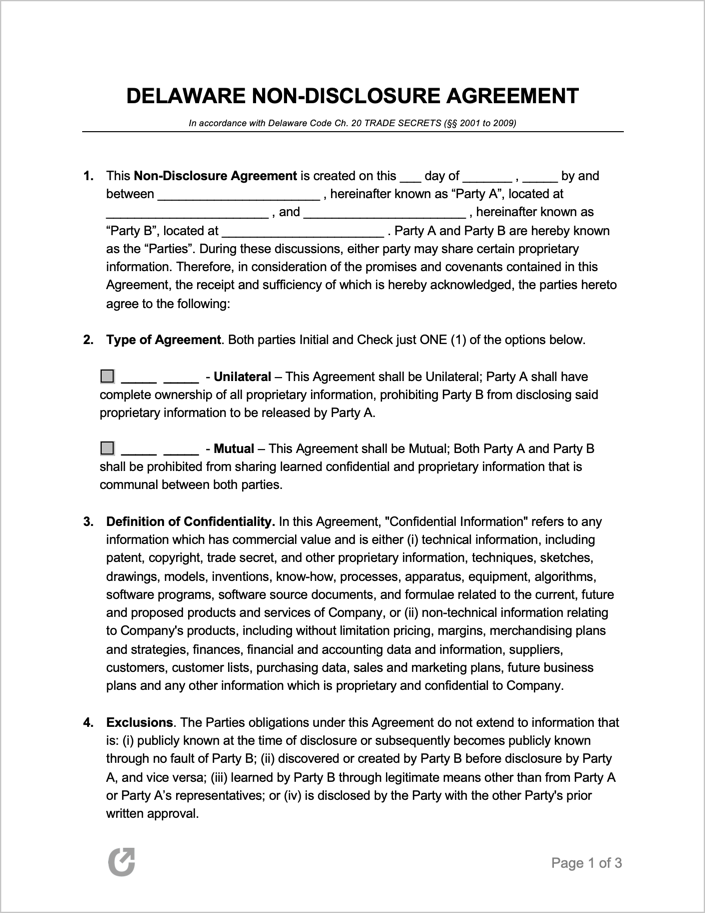