The Idaho Non-Disclosure Agreement (NDA), also known as a “confidentiality agreement,” is a legally-binding form that protects a person or company from having their trade secrets stolen and used against them. By signing the form, the parties understand that they could be sued in the case they disclose anything prohibited by the agreement, as granted by the Idaho Trade Secrets Act. Before signing the contract, the parties involved need to ensure that any information that cannot be shared is clearly outlined, while avoiding making restrictions too broad, which can lead to the document being unenforceable in a court of law.

An example of a situation in which an NDA could be used is if an Idaho-based company is planning on selling their business, and they need to share their business plan with a potential buyer. Because their business plan contains valuable and confidential information, they can make use of the legal protections offered by an NDA to legally protect the information they’ve accumulated over the years from being leaked to a third party not involved in the agreement.

Without the protections an NDA offers, there is little the company selling the business can do to prevent the potential buyer from misappropriating their confidential information, although it is worth mentioning that stealing trade secrets is illegal, with or without an NDA.

Potential Remedies for Misappropriation: 1) Damages, 2) Injunctions (a court order to stop an action), and 3) Attorney’s Fees. 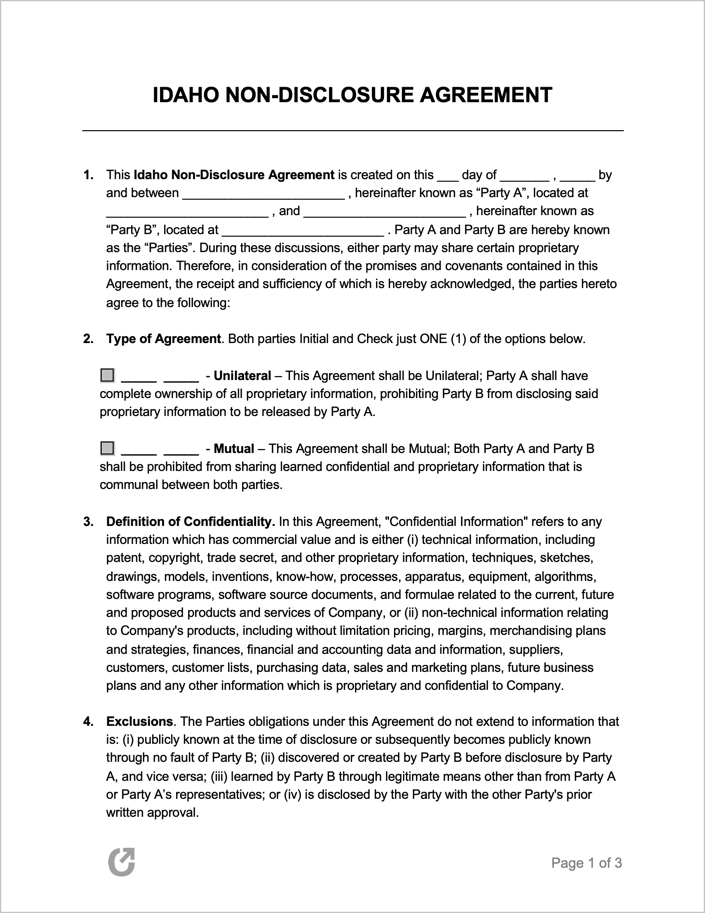