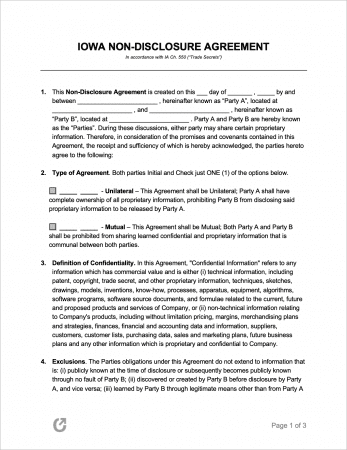 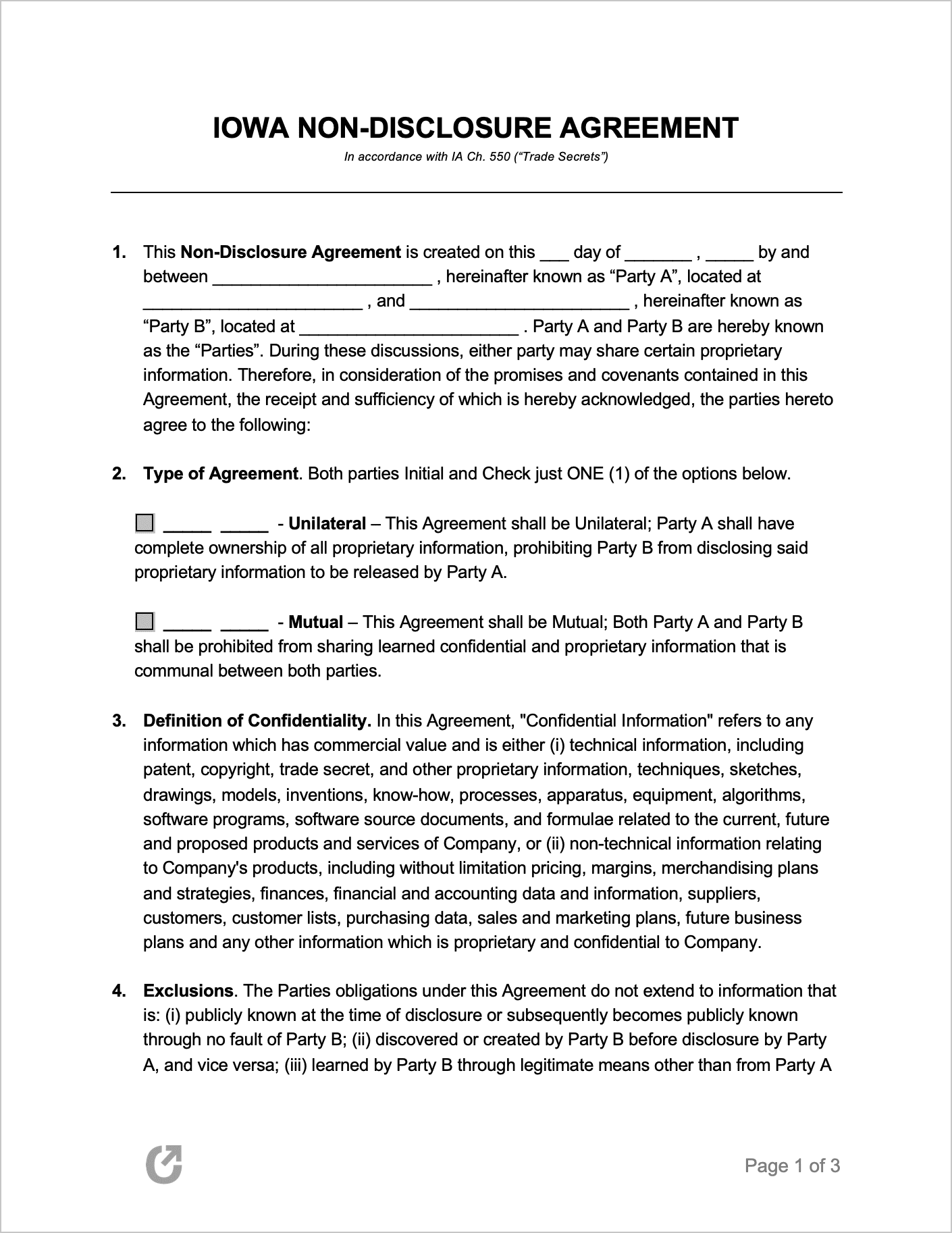 An Iowa non-disclosure agreement (NDA) establishes what types of information can and cannot be shared with third parties. NDAs are used whenever a company or person wishes to protect information they own from getting into the hands of competitors or the press, such as an invention, design, process, or recipe they created. Depending on the nature in which the form is used, it can restrict one or both parties from sharing information (known as being a “mutual” or “unilateral” contract.

Commonly used when hiring new employees, pitching an unpatented product, or keeping a recipe or process out of competitors’ hands, signing an NDA is an easy and safe investment to protect the confidential information of an individual or company based out of Iowa.

The Uniform Trade Secrets Act was an act published in 1979 with the goal of making each state’s trade laws uniform. One of the primary purposes of unifying trade secret laws was to help companies that do business in more than one (1) state. The act was adopted by the majority of states, including Iowa.