The Kansas Non-Disclosure Agreement (NDA) carries the purpose of restricting an individual or entity (the “Receiving Party”) from sharing valuable confidential information they learned from another party (the “Disclosing Party”) with third (3rd) parties. Using a state-specific NDA is important to ensure the form, and the conditions included in it comply with Kansas’ Uniform Trade Secrets Act, which is the set of statutes mandating how NDAs are to be used.

There are two (2) different versions of the contract; a Unilateral (“One-way”) and a Bilateral (“Two-way”) NDA agreement. The most frequently-used version is the one-way version, although the free download can be made to be either contract-type by selecting the corresponding checkmark.

Kansas’ Uniform Trade Secret Act covers how the state handles misappropriation of trade secrets and other important topics. While trade secret laws are almost the same across the country, each state has their own interpretations of the legal matters surrounding trade secrets.

Therefore, Kansas’ laws may include certain provisions not found in other states. Likewise, they may exclude certain provisions evident in the Trade Secret Acts of other states. To err on the side of caution, the party communicating the confidential information (the Disclosing Party) and the party receiving it (the Receiving Party) must both ensure they fully comprehend their responsibilities, as per Kansas’ state-specific Trade Secret Law. The main provisions in this Act are summarized below: 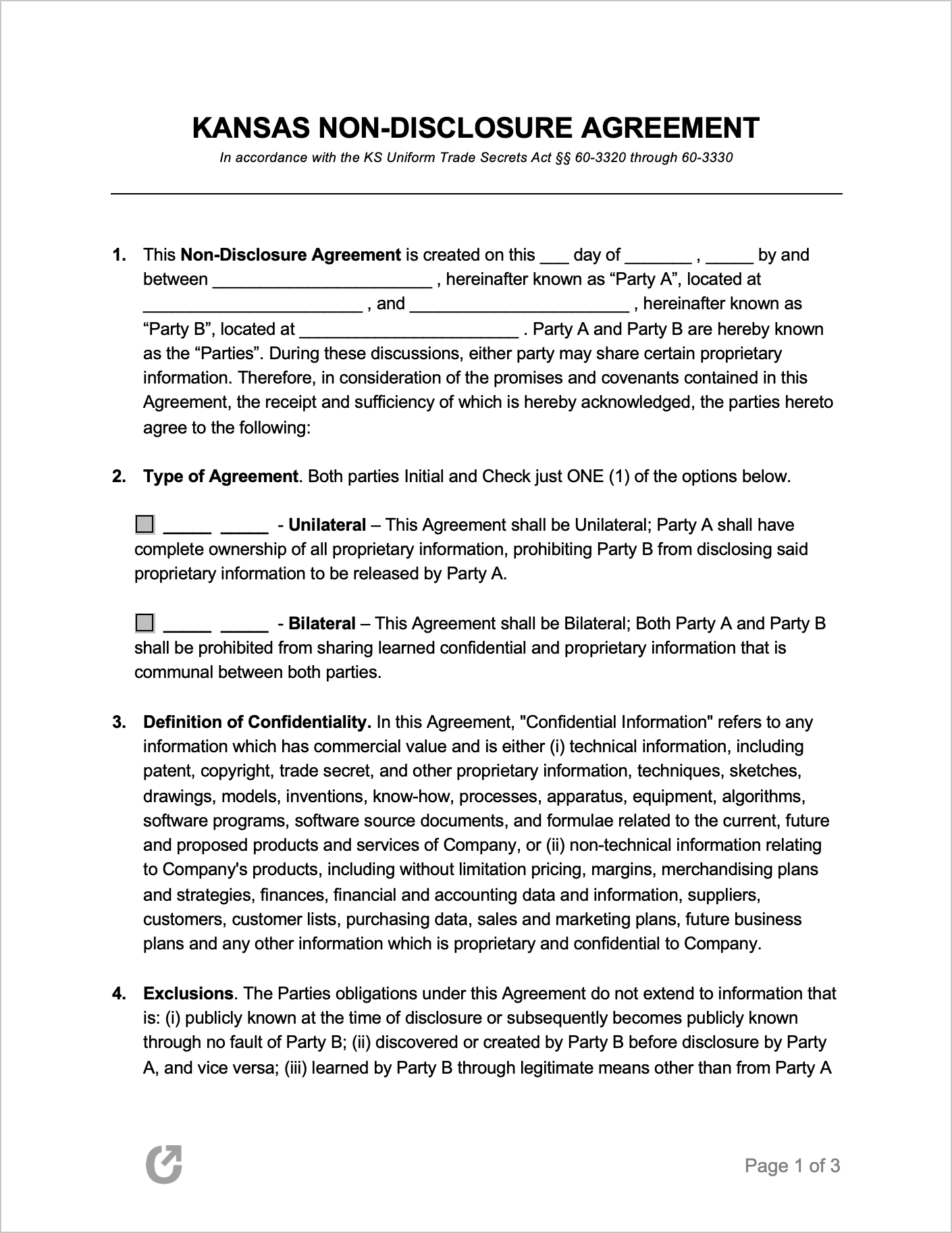