The Kentucky Non-Disclosure Agreement (“Confidentiality Agreement”) is a document signed by two (2) parties, restricting one (1) or both of the parties from sharing classified information learned by the other party. Once signed, the party learning the information (or both parties if a “two-way” contract) are legally required to keep all information learned a secret, and can face financial repercussions in the event they share said information illegally (known as committing “misappropriation”).

Signing an NDA can prove useful in several situations; it can ensure the design for a newly developed piece of technology is kept a secret until a patent is acquired, it can be used to ensure newly-hired employees do not run away with learned processes and secrets, and it allows business executives to discuss potential mergers or sales without fear of the other party using their competitive advantages against them.

Kentucky’s Uniform Trade Secrets Act, Chapter 365 (§§ 365.880 through § 365.900), covers how trade secrets are handled with respect to the court of law, including when damages will be rewarded as well as an injunction issued. Both parties should keep in mind that in order for an NDA to be valid in Kentucky, it must uphold any relevant state laws. By implication, an NDA that contains any conditions that contravene the Kentucky Uniform Trade Secrets Act may not be upheld in court⁠—even if it is evident that the disclosed confidential information was covered by the NDA.

In order to ensure an NDA is legally valid and will hold up in a court of law, both parties should read through all sections of the state laws, which have been highlighted below:

According to § 365.890, a case regarding stolen trade secrets (misappropriation) needs to be brought within three (3) years of discovering the breach. 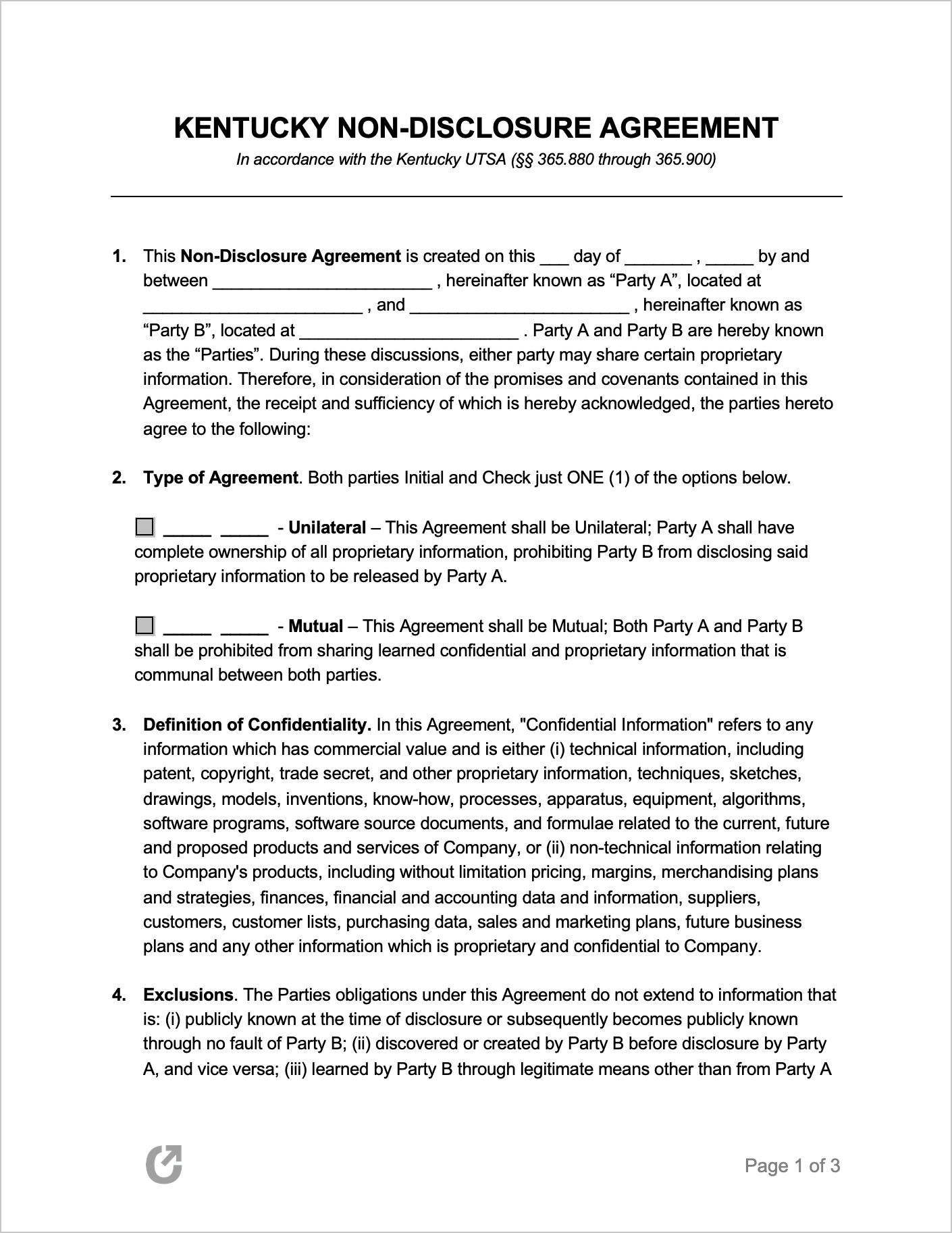