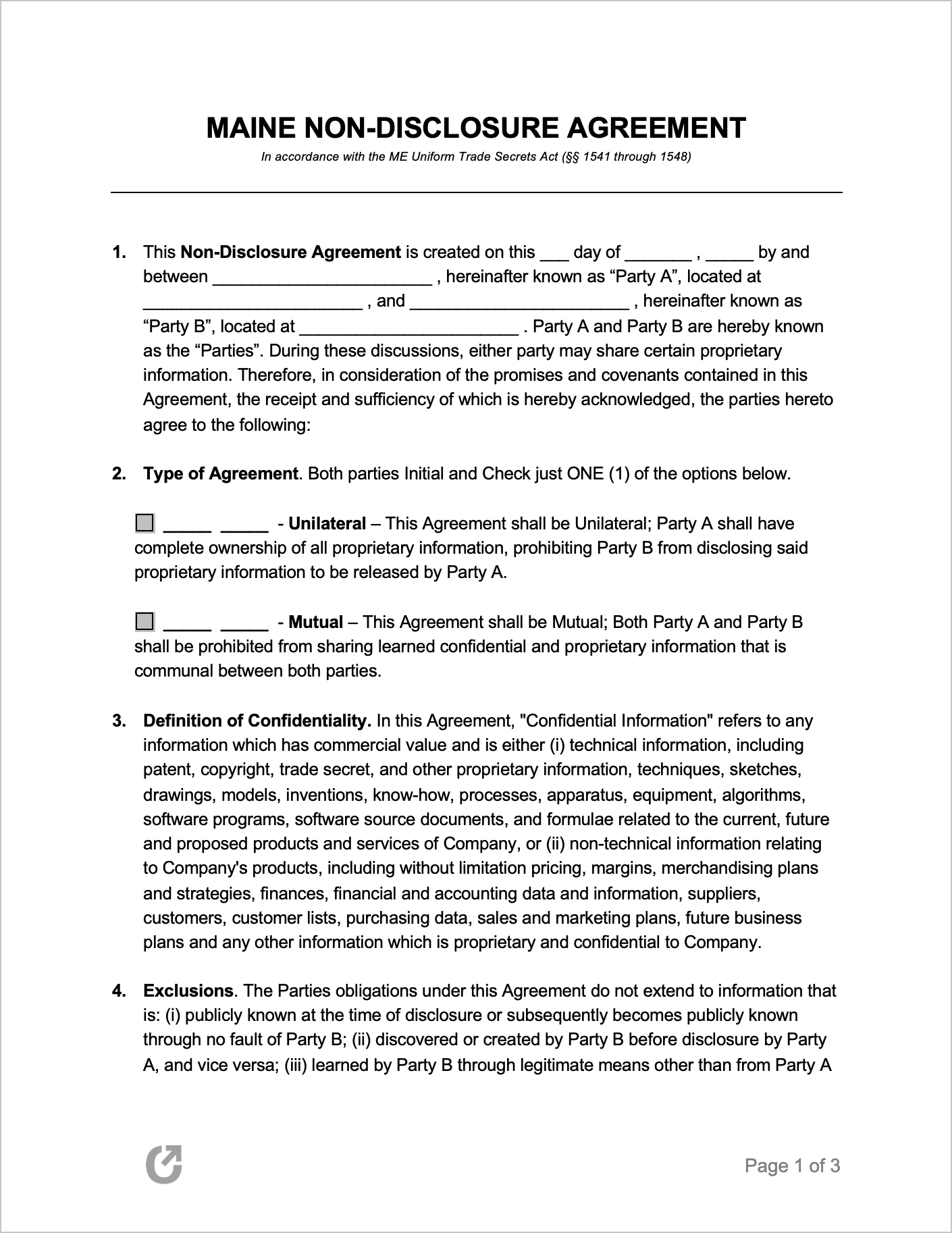 The Maine Non-Disclosure Agreement (NDA) is a contract that protects a company or person’s sensitive information from being shared with those who could use the information in damaging ways. It is completed by two (2) individuals or companies and comes in two (2) types, unilateral and bilateral. Unilateral types refer to there being only one (1) person disclosing information, and is the more commonly-used document. The other type is called “bilateral” and accounts for both parties sharing information with each other. The free download can be made to be either type by checking the appropriate box on the form. Although not necessary for every situation, recruiting the assistance of a licensed Maine attorney is recommended to ensure the form covers the parties from liability.

Maine’s Uniform Trade Secrets Act (§§ 1541 through 1548) is an adoption of the federally-passed Uniform Trade Secrets Act (UTSA). The UTSA is a piece of legislation designed to make the states have a uniform definition of what constitutes a “Trade Secret” and the claims that can be made in the event they are leaked. Although officially adopted by Maine’s Legislature, slight changes in wording and layout were made, much like the majority of the states that chose to utilize the UTSA.

As stated by § 1547, a victim of misappropriation has a maximum of four (4) years after discovering the breach to retrieve any damages resulting from the stolen information.