The Michigan Non-Disclosure Agreement (NDA) is the official form for keeping secretive information between a select person or group of people. Given its status as a legally-binding agreement, once executed, an NDA significantly minimizes the chances of misappropriation from occurring, as the consequences for releasing information can be significant. For situations in which information will be shared by both parties, the agreement should be made “bilateral.” For the more common situation of one (1) party sharing information to a receiving entity, the form should be made “unilateral.” Because of the form’s usefulness in securing information, the form is most commonly found in business contexts, from onboarding new employees to sharing business plans with investors.

Michigan adopted the Uniform Trade Secrets Act (UTSA) in 1998, which is an act designed to make trade secret laws more consistent to aid companies that operate in multiple states. An outline of Michigan’s Trade Secrets Act (Act 448) can be found below: 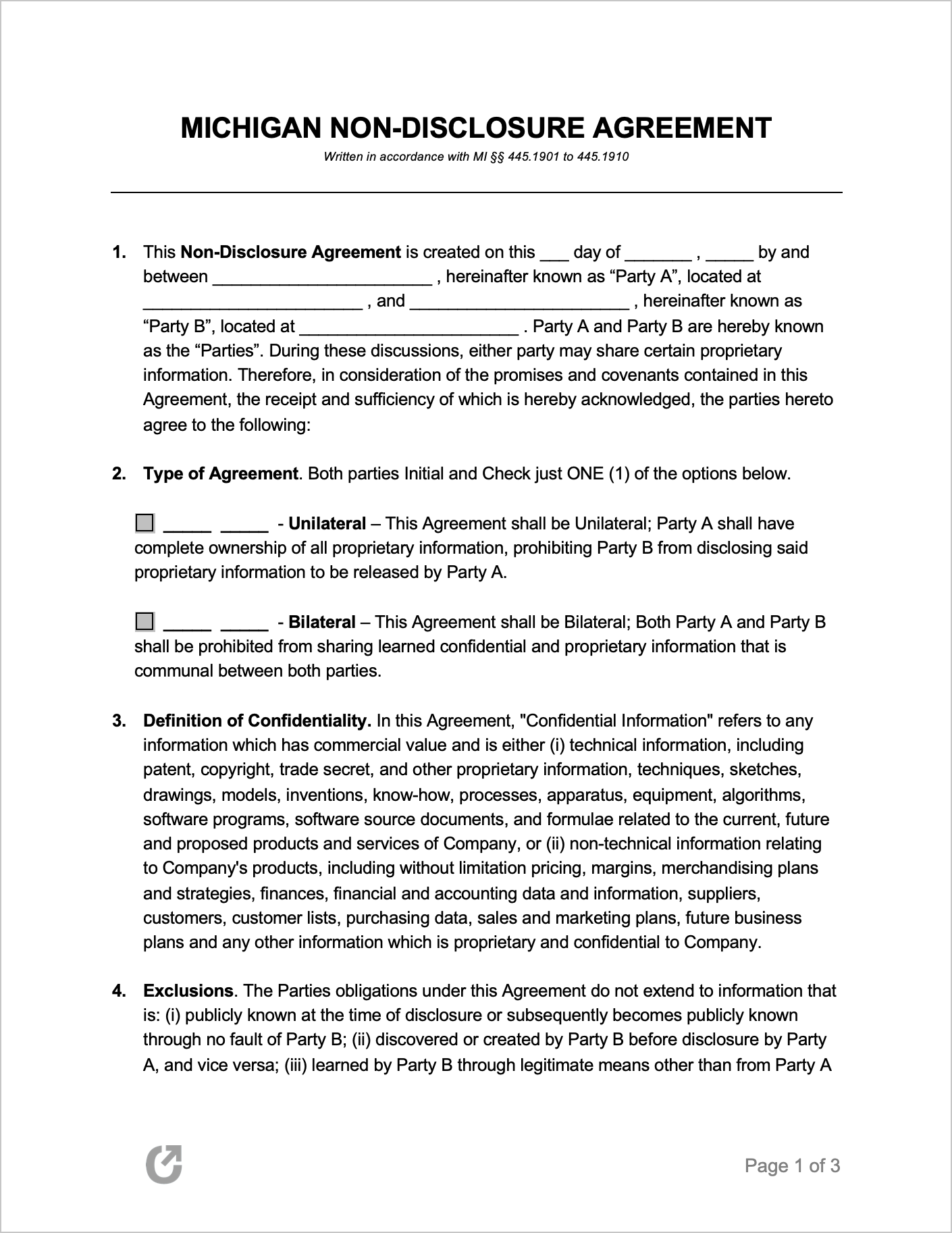