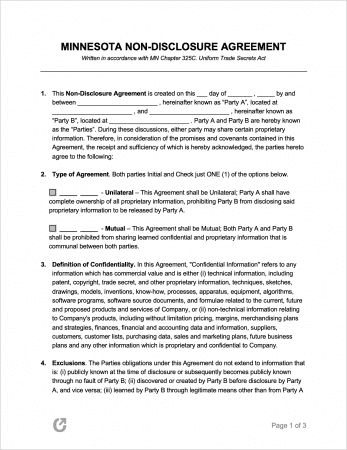 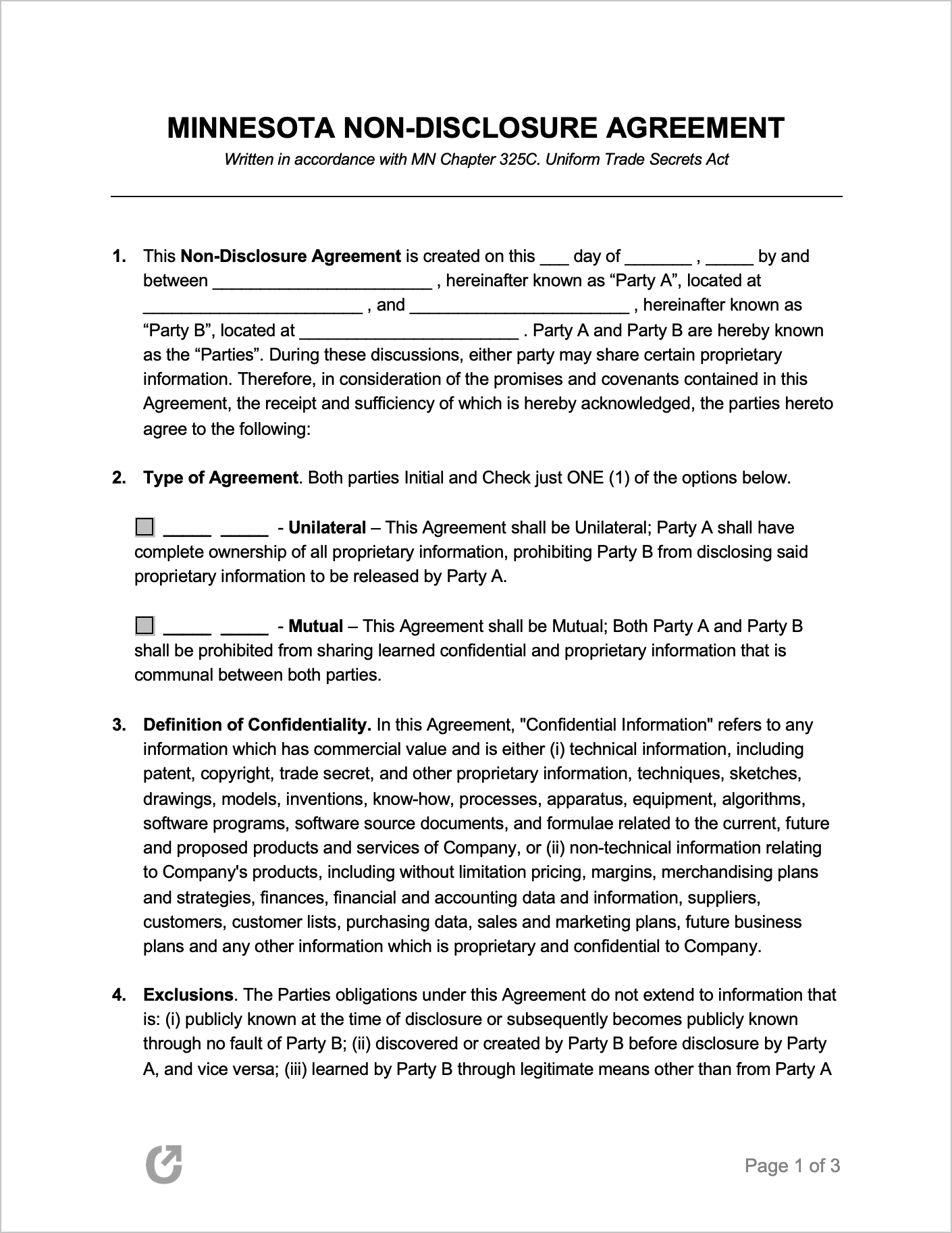 A Minnesota non-disclosure agreement (NDA) allows an entity to engage in discourse without fear that the party on the receiving end of the information will wrongfully use or leak said secret info.

The form can be found in many situations, such as the onboarding of a new worker, the sale of a business, or the pitching of a business idea to a venture capitalist. So long the information can be classified as a “trade secret”, an NDA can be used. The two requirements for info being constituted as a “trade secret” is that it cannot be known (or be easily figured out) by the general public, and the info must be valuable in some form or another.

In the unlikely case that an NDA is breached, the party that suffered from the release of the information can go after the entity committing misappropriation in a court of law. In addition to receiving compensation from damages that resulted, the court may issue an injunction, which is an order requiring the illegal use of the leaked information to end immediately.