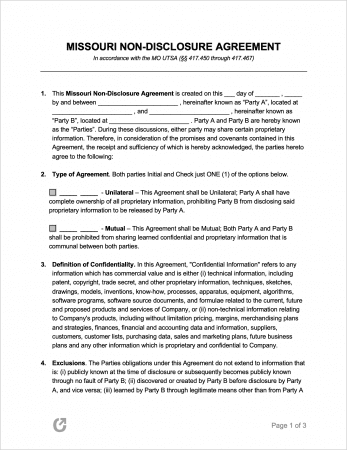 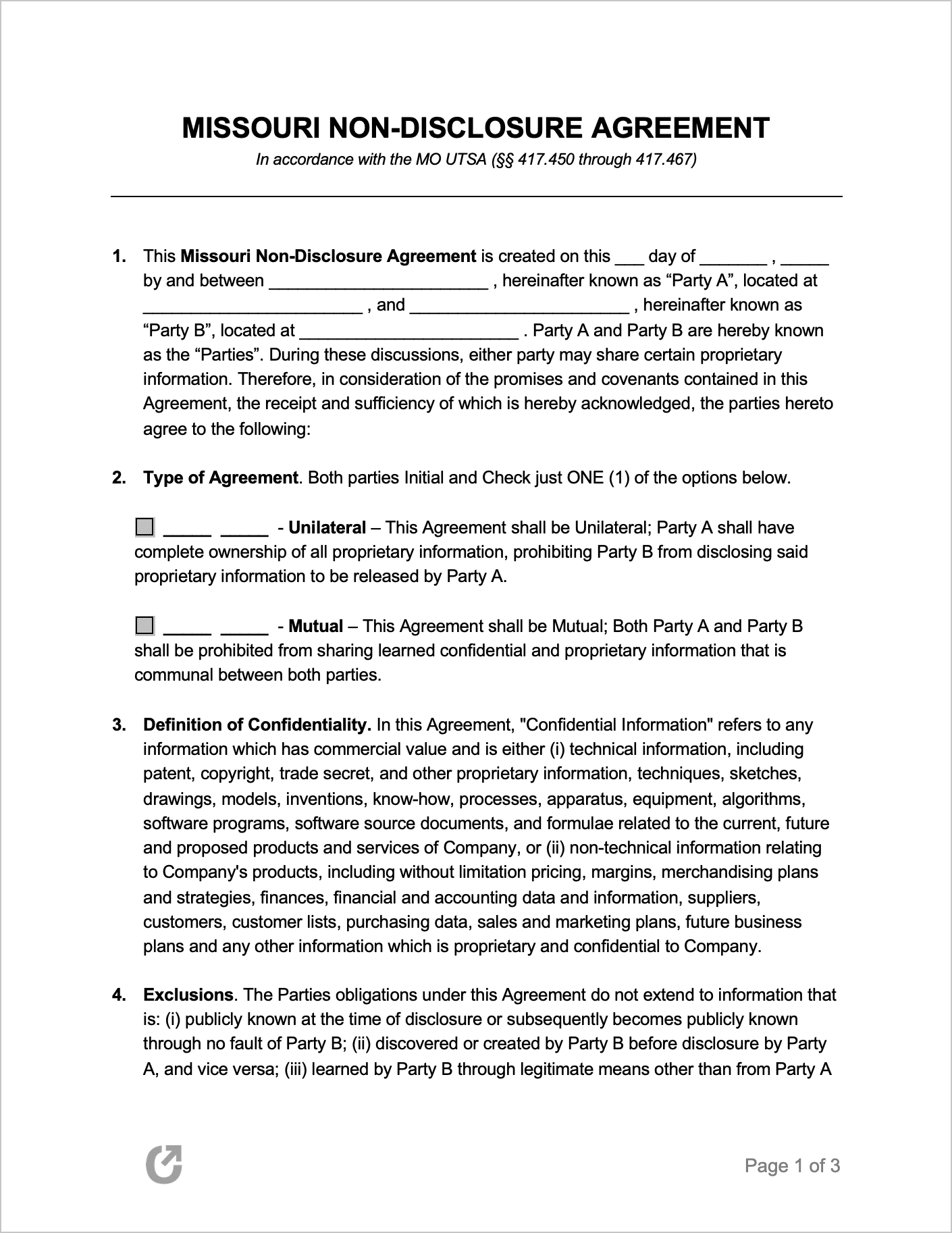 A Missouri non-disclosure agreement (NDA) is a legal form that keeps confidential information from getting disclosed to anyone not explicitly permitted in the contract. There are many situations in which an NDA is useful, some of which include video game devs requiring info on a new game be kept secret, executives discussing a business plan with outsiders regarding the selling of a company, or factory workers who have knowledge of a confidential recipe.

Getting the form into effect is straightforward compared to other legal forms, only requiring the parties to name the confidential information in the contract, and then sign it. A copy of the NDA should be given to each person that signs.