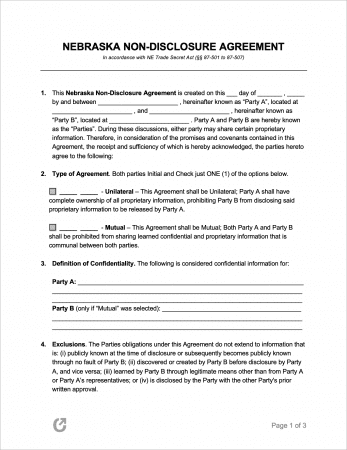 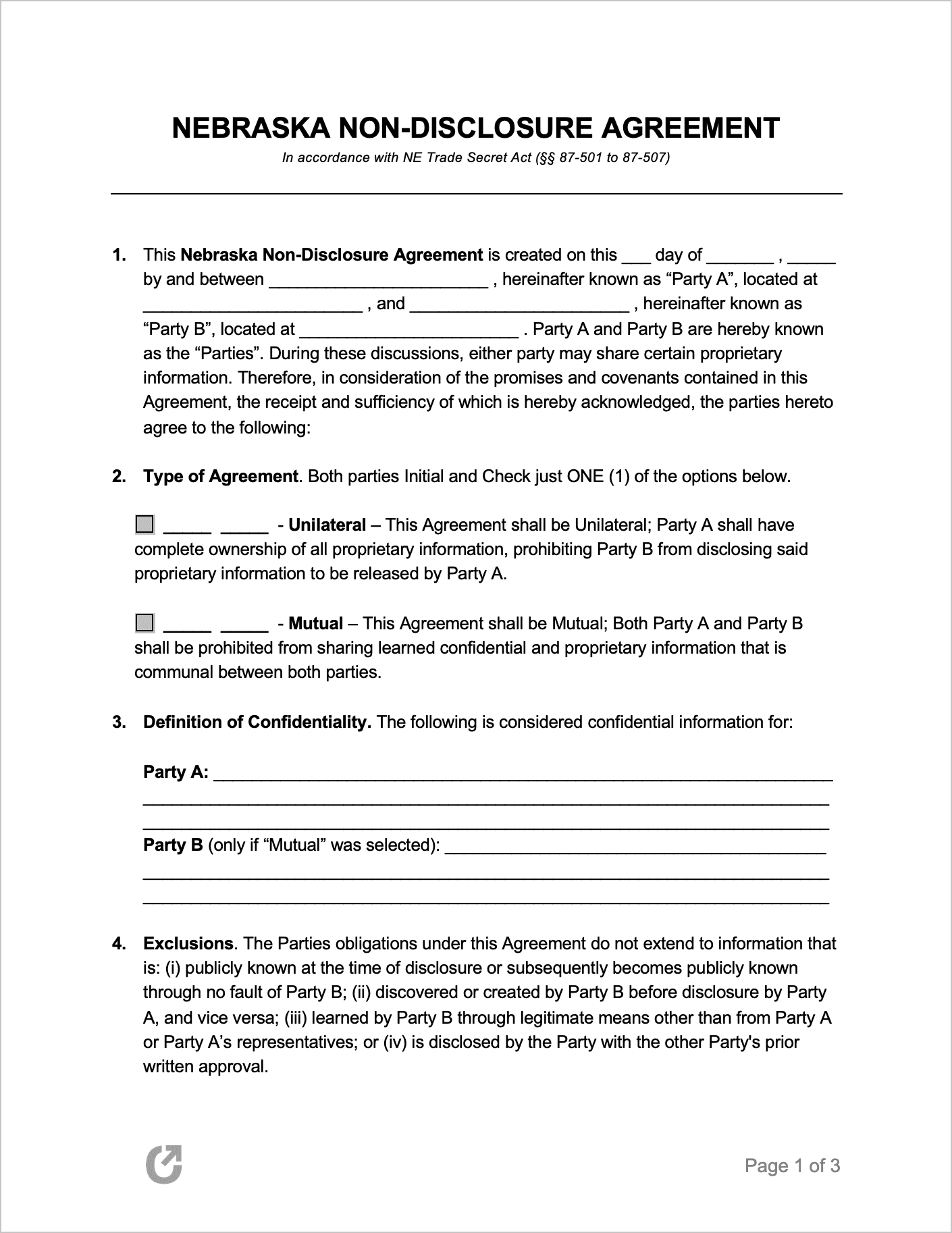 A Nebraska Non-Disclosure Agreement (NDA), also referred to as a “confidentiality agreement,” is an agreement between two people or businesses that restricts shared secretive information from being illegally given to persons outside of the contract. The form, which is binding to NE law, allows the parties to specifically state what information is and isn’t off-limits in addition to other necessary sections. The form is dual-purpose, meaning it can be used in situations where only one (1) person discloses information (unilateral), as well as situations where both parties share confidential information to each other (bilateral).

Being a template, the form can be edited to include any sections the parties wish. Before signing the form, seeking the help of a licensed attorney can give peace-of-mind in that the form covers all necessary details and will uphold in a Nebraska court.

Nebraska’s Trade Secret Act (§§ 87-501 to § 87-507) consists of seven (7) sections that cover how the state’s courts view misappropriation (theft) of trade secrets. Understanding the important sections of the law is recommended for anyone planning on using an NDA contract, regardless of whether they will be learning or disclosing secrets.

As stated by § 87-506, claims for misappropriation must be within four (4) years of having discovered the breach. Discovery also includes when it “should have” been discovered.