The New Hampshire Non-Disclosure Agreement (NDA) Template gives companies and individuals a means of protecting secretive information they own from reaching the hands of third parties. Without an NDA, sharing confidential information would be riskier, lessening the likelihood of businesses working together and making many situations more difficult. It’s important to understand that regardless of whether a contract was signed, stealing trade secrets is illegal. However, with an NDA, it 1) increases the likelihood of the party disclosing information to win in court, and 2) it dissuades the sharing of information from occurring in the first place.

NDA contracts generally come in two (2) formats: bilateral (mutual) and unilateral (one-way). Unilateral agreements are for when a single person or company is sharing information. They are more commonly used than the mutual types, which include conditions to allow both parties to share information with each other.

One such difference is that the state’s “Reason to Know” standard means a company can be summoned for misappropriation (stealing secrets) even if they should have known the information they were using was confidential. The NH act is made up of a total of nine (9) sections, which have been highlighted below: 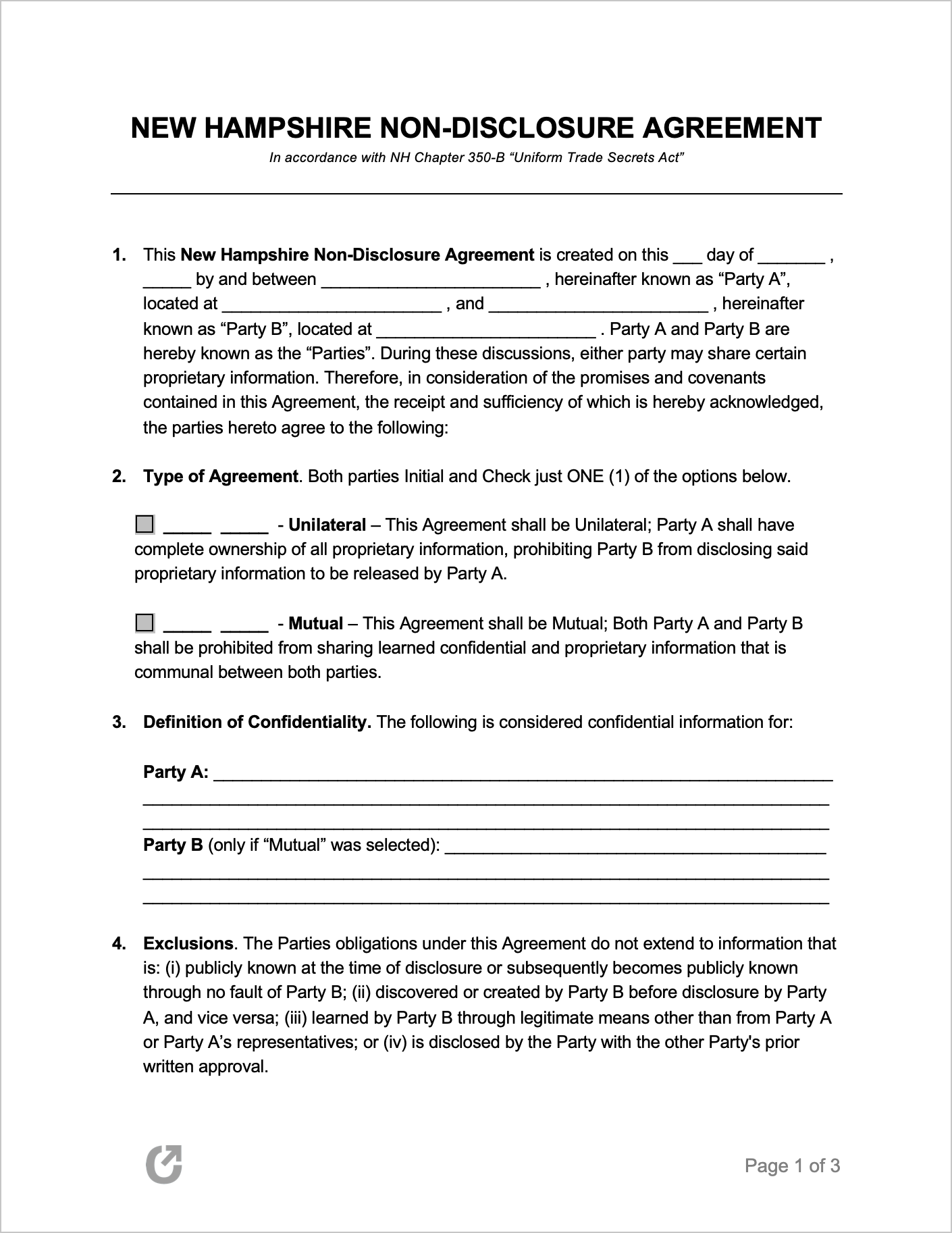