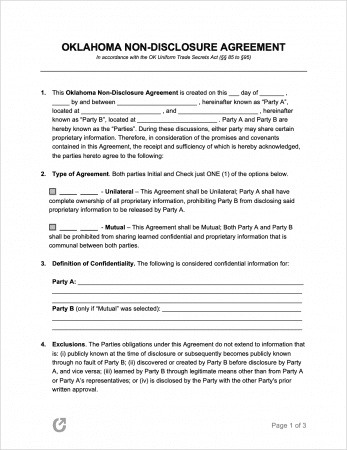 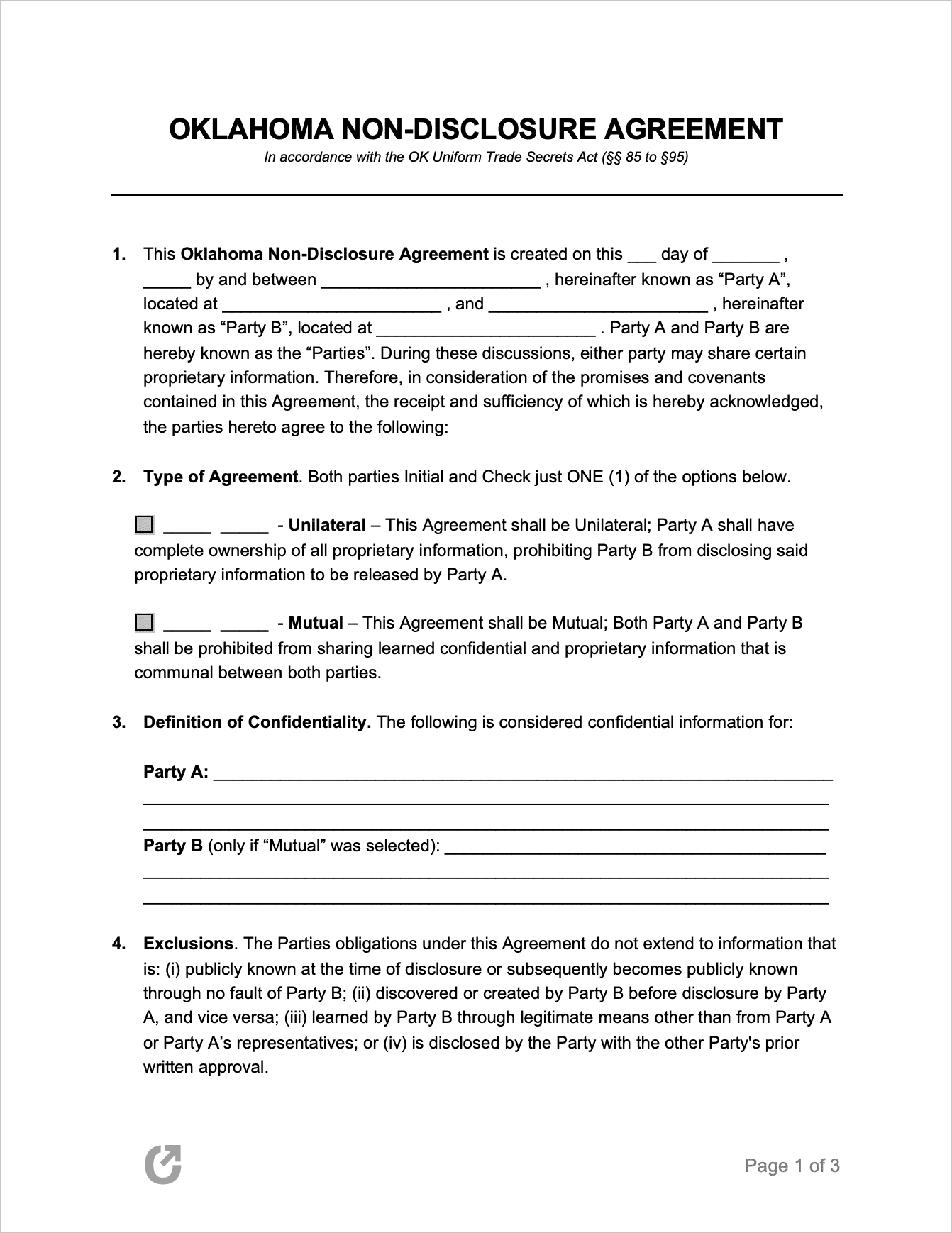 The Oklahoma Non-Disclosure Agreement (NDA) is a document used in situations where a person or company intends to share confidential information, and they wish to protect themselves from having the shared secrets used by those not given direct permission to do so (e.g “third parties”). While NDAs are common to the field of business, they can be found in almost every industry in one way or another due to the wide number of uses the form offers. For example, the contract can be used to protect business plans, keep patent rights, protect patients in a medical setting, or to ensure employees keep a company’s competitive advantage from being used against them, to name a few.

Attorney’s Fees (§ 89): In order for the winning party to have their attorney’s fees paid for by the other party, the losing party must have willingly conducted misappropriation (with the intent to cause damage), a request to terminate an injunction is either made or resisted in bad faith, and/or a claim of stolen trade secrets was made with ill intent.

Statute of Limitations (§ 91): To bring a case of misappropriation, victims must bring a case within three (3) years of discovering their secrets were used or distributed wrongly.

What the Act Doesn’t Affect (§ 92): The act does not apply to situations regarding: