To use the form, both parties will need to discuss exactly what is off-limits, what can be discussed freely, how long the form should last, and any other related information. Once they agree on all points, they will both need to sign and date the form. NDAs typically last between one (1) to five (5) years.

South Dakota’s adoption of the UTSA (Uniform Trade Secrets Act), §§ 37-29-1 to 37-29-11, lays the foundation for how the state’s courts handle cases regarding stolen trade secrets. Taking the time to understand the different sections of the chapter can aid those wishing to edit an NDA form. The following are the sections of the chapter along with a brief summary of each. 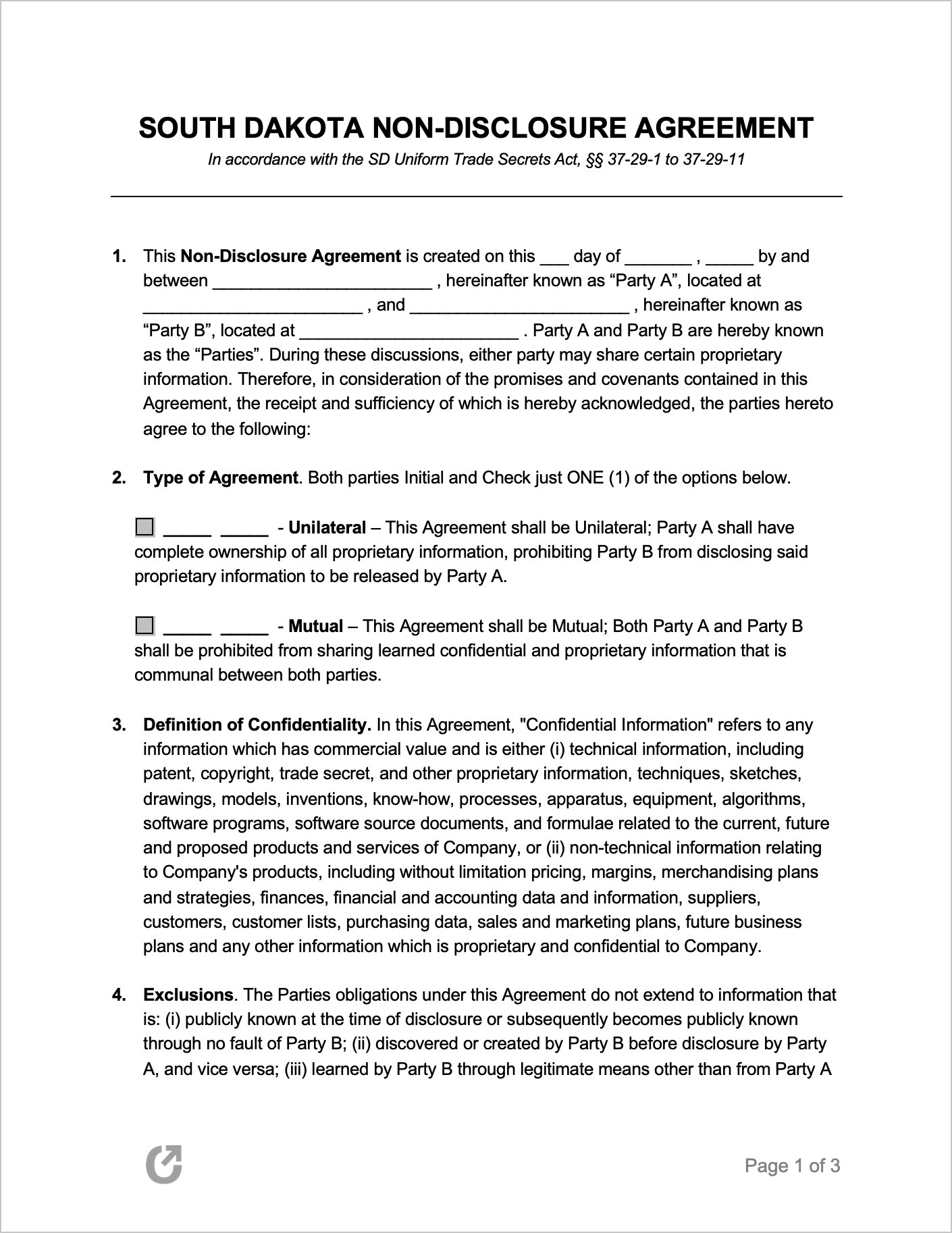