The Texas Non-Disclosure Agreement (NDA) is an official contract used by businesses and professionals for protecting their trade secrets from getting into the wrong hands. Also known as a “confidentiality agreement,” the legal contract has become the go-to legal tool in the business world as it allows conversations to occur that otherwise wouldn’t without the guarantee of their privacy. It has made the selling of businesses, the negotiation of mergers, and the discussion of technological advancements normal procedure. The form generally comes in two (2) types; bilateral and unilateral. An agreement is bilateral when both parties are sharing secret information with each other, and unilateral when only one party shares information.

The Texas Uniform Trade Secrets Act (Title 6 Chapter 134A) encompasses a total of eight (8) provisions, which cover matters such as key definitions and when damages will be rewarded in cases of misappropriation (stolen secrets). While each NDA may be unique, they all must comply with the state provisions. The sections of the act are the following:

NOTE: Texas courts will enforce any rightful trade secrets that have been protected through the use of an NDA – however, those preparing to draft or sign the type of contract should ensure the conditions within the document are not too broad or restrictive. If the language contained in the document is excessively undefined, it could be interpreted as a non-compete agreement, which would require the court to reform the agreement. The bad part? The issuer of the NDA is not allowed to recover damages if reformation is required to occur. 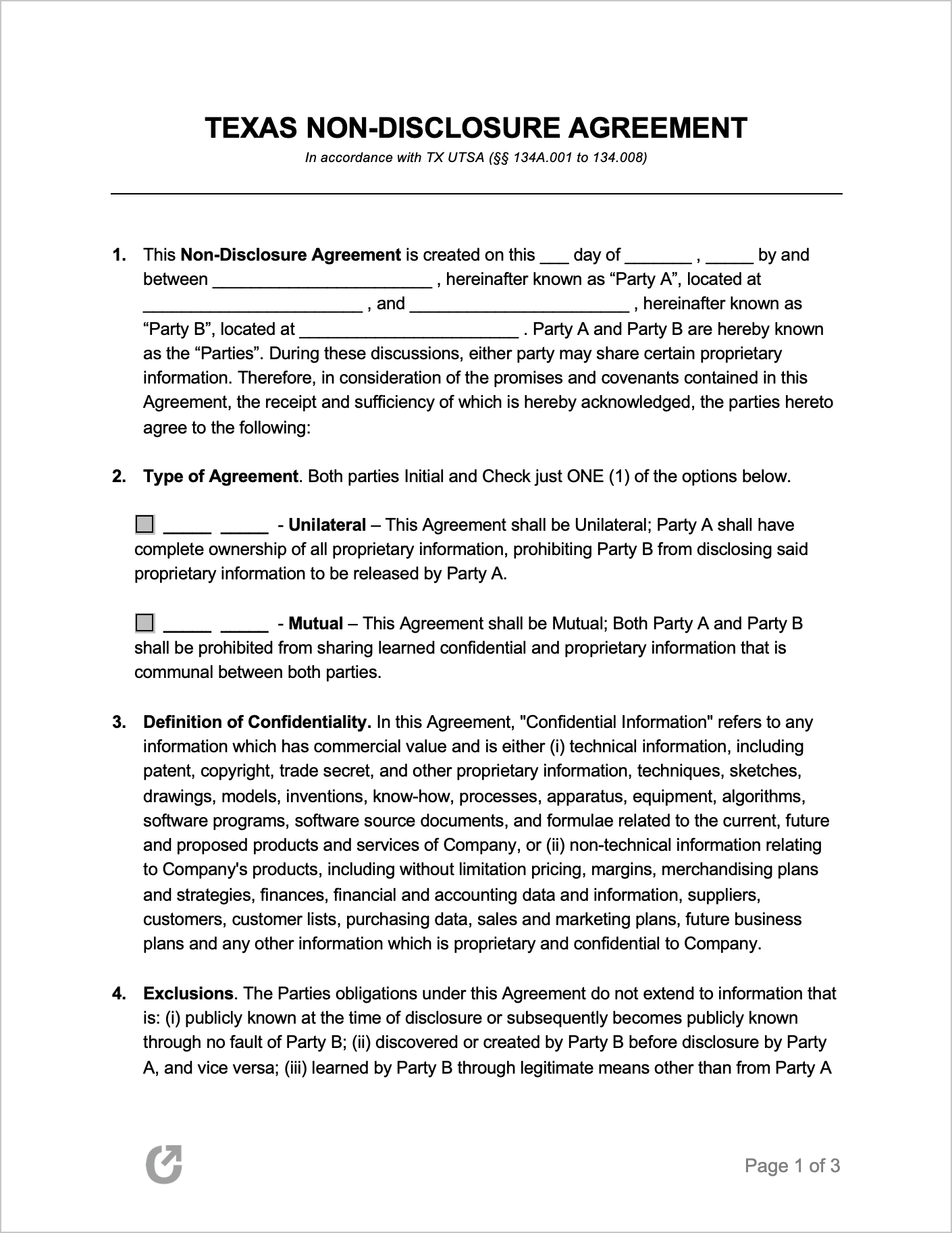