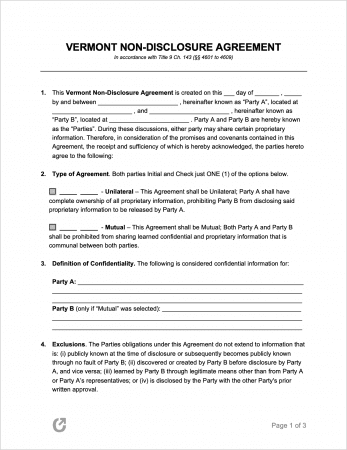 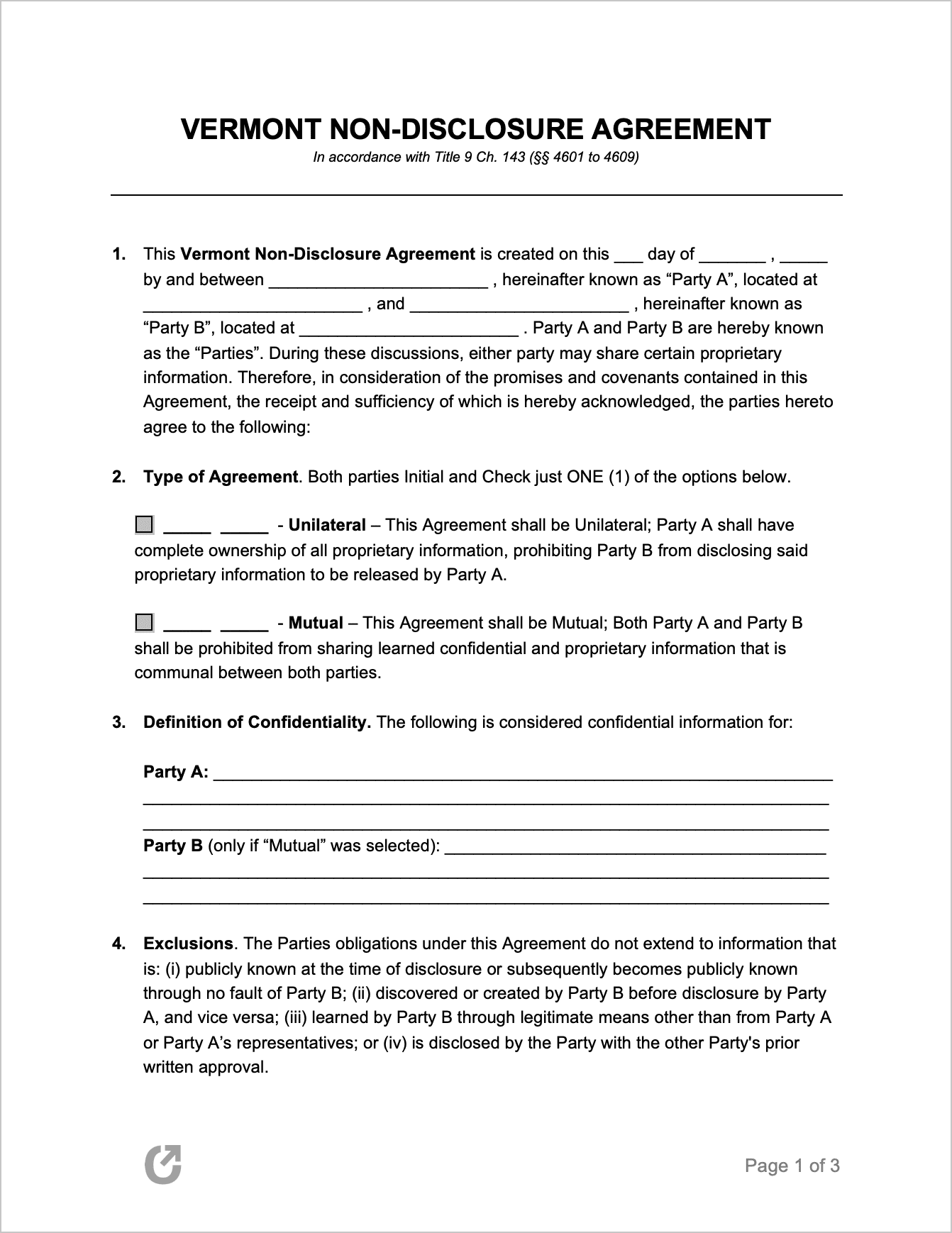 Download the Vermont Non-Disclosure Agreement, a business document that protects businesses, inventors, and other professionals from having their trade secrets stolen and/or leaked. Also called a “confidentiality agreement,” the document is commonly used in situations where secretive information needs to be discussed with persons outside of the company or group. Under Vermont’s Trade Secret Laws, confidential information (i.e. a “trade secret”) is defined as information that derives value from being shielded from public knowledge.

The information may take a range of forms, from devices and methods to formulas and programs. Should the party on the receiving end of the trade secrets unlawfully disclose them, they can be required to pay for damages, pay for the other party’s attorney’s fees, or face a court-order for them to stop using the secrets. More often than not, the act of merely signing an NDA provides as enough dissuasion to prevent information from being leaked in the first place.

With exception to some states, trade secret laws across the country are generally uniform. This is because the Uniform Trade Secrets Act (UTSA) was adopted by all but two (2) states. However, there are subtle variations found in Vermont’s interpretation of the act, namely that the state does not include a statute of limitations for cases regarding misappropriation.