The Wisconsin Non-Disclosure Agreement (NDA) stops employees and business people from stealing or distributing confidential information, otherwise known as trade secrets. The form complies with the state’s trade secret laws, ensuring the parties are covered in the event litigation needs to occur.

The form, which is a total of three (3) pages, can be made either “one-way” or “two-way” depending on the situation in which it will be used. One-way refers to there only being one (1) entity disclosing information, whereas two-way refers to both parties sharing confidential information to each other. Wisconsin trade secret law permits either form type to be used.

Wisconsin’s Uniform Trade Secrets Act (UTSA) determines how trade secrets are handled by the state’s courts. Unlike the majority of states that have adopted the act, Wisconsin does not specify a statute of limitations regarding trade secret cases.

Overview of the Act: 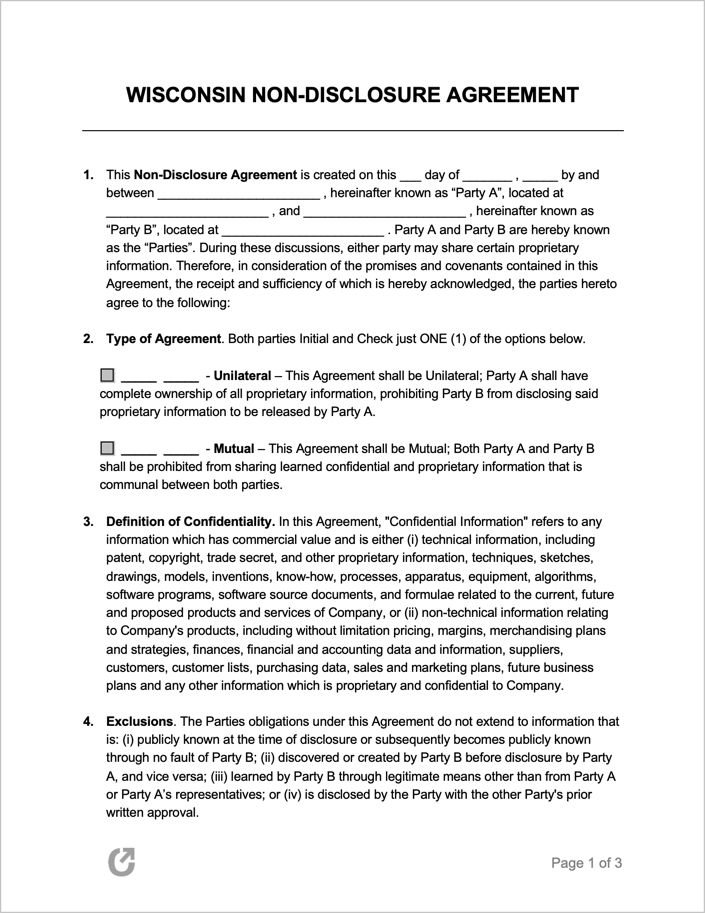