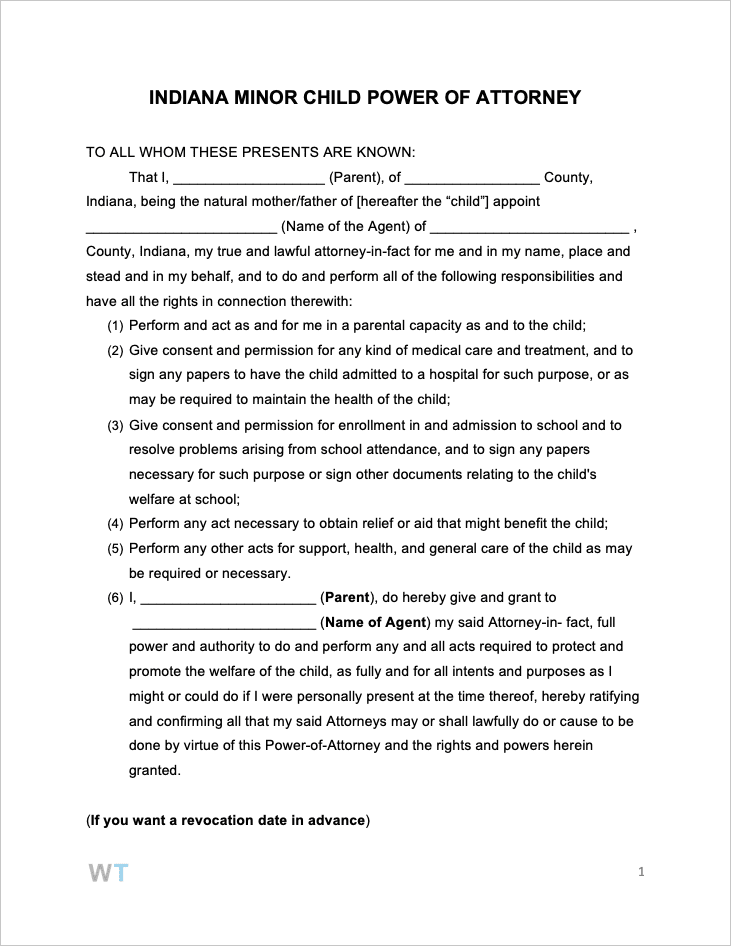 In line with the state law § 29-3-9-1, a parent or guardian of a minor child can exercise their legal right to delegate their parental or guardianship duties and powers to another party of their selection. This arrangement can be put into effect by executing an Indiana Minor Child Power of Attorney. They may request the party (referred to as the Agent), via the terms of this agreement, to provide “care, custody, education, or training” as well as deal with matters pertaining to the child’s health care, support, or property.

Duration of the Agreement

State law (§ 29-3-9-1) dictates that the decision-making powers bestowed to an Agent may only endure for “a period not exceeding twelve (12) months.” The only exceptions to this is if the parent bringing about the Power of Attorney is:

Signing Requirements (IC 29-3-9-1) – State laws in Indiana regarding the valid execution of a Minor Child Power of Attorney only state that it must be “a properly executed power of attorney.” In line the state’s Power of Attorney Act, the Principal (in this case, the parents or guardians who bring about the form) must sign the Power of Attorney before a Notary Public.