The Montana Minor Child Power of Attorney is a legal instrument that represents, in unambiguous terms, a parent or guardian’s determination to delegate specific decision making powers regarding their child’s wellbeing and care to another party. Once the Power of Attorney is in effect, the other party, legally referred to as the Agent, will be responsible for applying the decision making powers to act in the role of a temporary guardian to the child in the circumstances provided for in the form. For example, to administer medication to the child, take them to recreational appointments, and sign school permission letters. 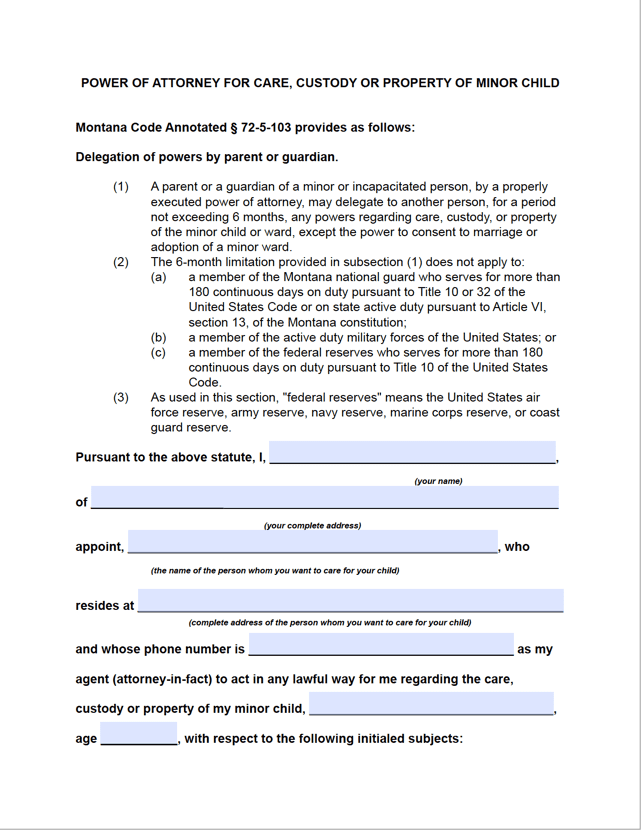