Oregon introduced new Advance Directive laws in January 2019 which ushered in a number of changes to the previous laws.

Another change that was made was to the language used. There are numerous instances where the language of legal provisions was altered for clarity. For instance, the previous definition of an Advance Directive (§ 127.505(2)) simply read: “a document that contains a health care instruction or a power of attorney for health care.”

In contrast, the new Advance Directive definition (§ 127.505(2)(a)) offers a more comprehensive insight of what this document entails by defining it as: “a document executed by a principal that contains:

Signing Requirements (Section 3 (3)(b)(B)) – For an Advance Directive to be valid in the state of Oregon, the following requirements must be upheld: 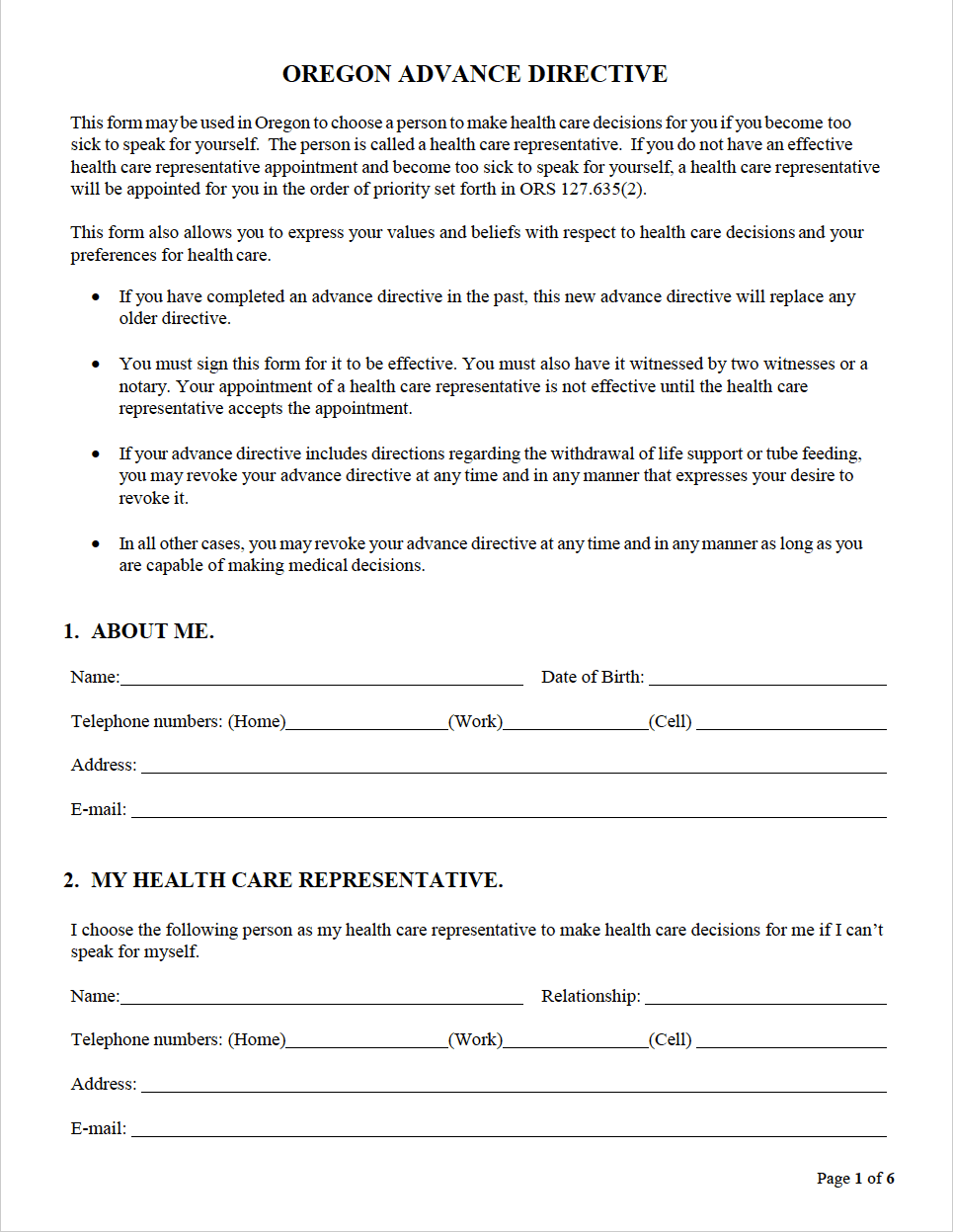