The Oregon General (Financial) Power of Attorney is a contract a person (the “principal”) can use to give another individual the ability to handle responsibilities as if they were the principal themselves. This is useful if the principal needs assistance with their finances, anticipates being unavailable (and needs someone they can trust to oversee their assets), and other reasons. 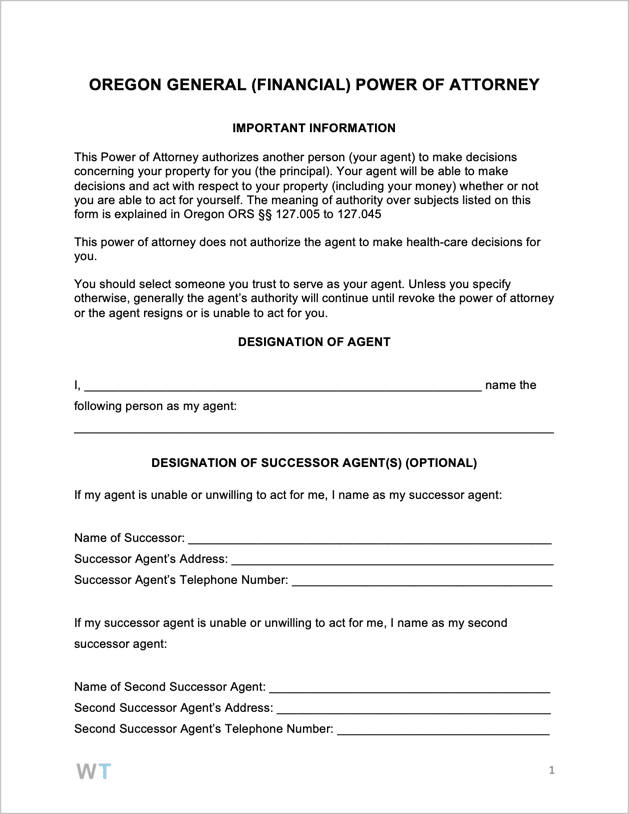