The South Carolina General (Financial) Power of Attorney is a legally binding document that provides an agent with the ability to handle another person’s finances. The person that provides the powers and completes the form is called the “principal”. The principal can be any resident of South Carolina that is at least eighteen (18) years old.

Signing requirements (§ 62-8-105): The principal must have their signature viewed by two (2) witnesses AND notarized by a Notary Public. 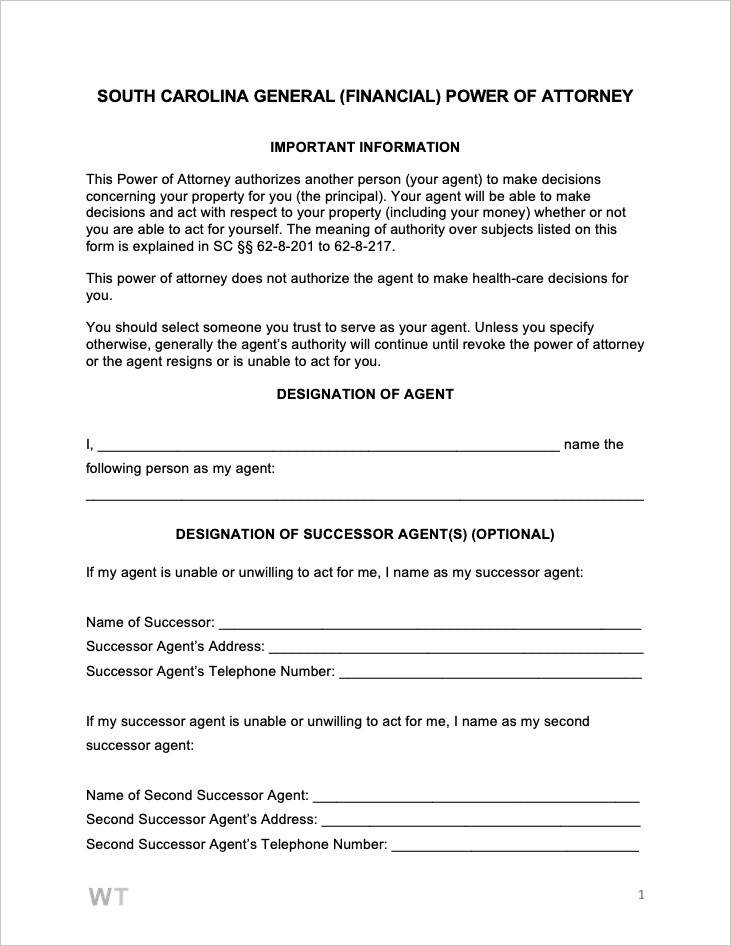